AIELOC: Five Years of Growth and Success in the International School Ecosystem 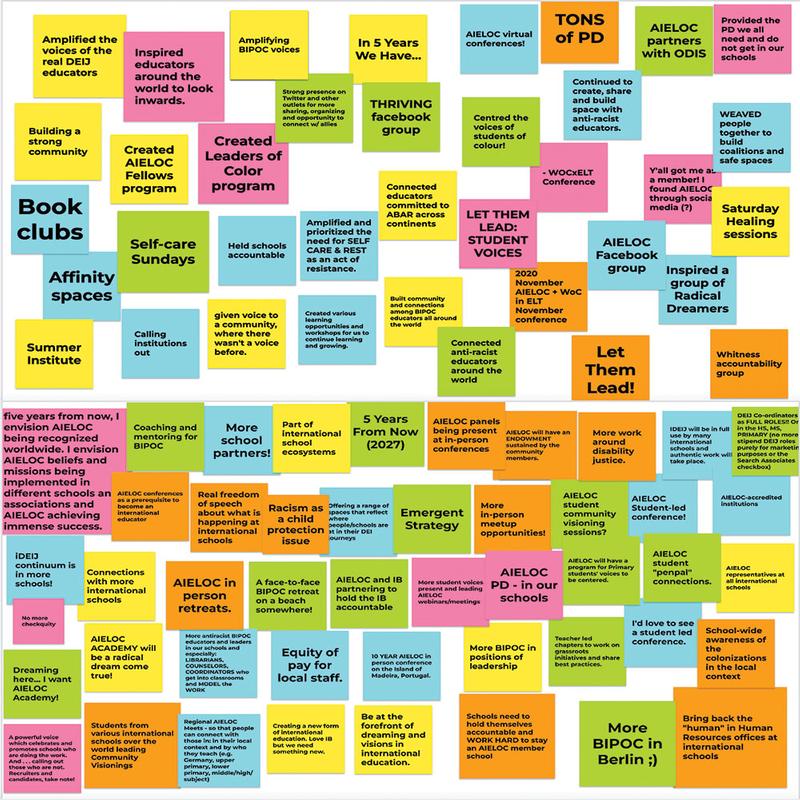 When considering the biggest success of the Association of International Educators and Leaders of Color (AIELOC), as the founder, I am proud of the organization’s ability to connect to the global majority around the world by being passionate in wanting to act and seek change in the international school ecosystem.

This connection to the global majority ties in perfectly with the human-centeredness of AIELOC, which is my motivation. It’s about people's humanity. It's about people's identities. And it's a lot, sometimes, in situations where they can't be their full selves.

AIELOC is devoted to amplifying the work of international educators and leaders of color with a focus on advocacy, learning, and research, which is the mission of the organization. Beginning as a Facebook group in 2017, AIELOC served as a platform for sharing experiences in relation to identity and how it became a roadblock for many.

I served as a reference for a colleague who was told not to apply for a job because the employer wanted “a white, British man.” Of course, hearing about my colleague’s experience did not sit right with me, and I wondered how many others in the international school ecosystem were affected. I had people say to me before that “it was my religion, my gender, my race” – something about their identity was a reason why they could not proceed forward.

A couple of years later, AIELOC transitioned into an association with a focus on “identifying who we are, who we are not, being aware of other associations, and their work.” With this focus, there was also the power in reassuring that conversations that historically have not taken place are taking place. If we don't name it, we don't acknowledge it, then for some, it's like it's not happening. Some amazing teachers and leaders have left the field because of the racism, discrimination, microaggressions, and various other reasons. For AIELOC, this means keeping an eye on the vision, on why these things came into fruition, and how they have been shaping the organization over the past five years.

As AIELOC keeps growing and moving forward, one major goal is to move toward a focus on research and moving into the forefront of being a leader in this area, and for those that work around those that are a part of the global majority. In the next five years, I see people who aren't scared to speak up. A growing wealth of research will continue on Black, Indigenous, and people of color (BIPOC), and other identities that have been spearheaded by AIELOC members.

In addition, I hope to see an increase in membership in the next five years. With an increase in membership, there will be more people willing to take action to step up, speak up, and speak out when they witness discrimination, racism, and the harm associated with both. I also envision more individuals from the global majority taking on leadership positions at international schools and more aspiring leaders of color being in a space that allows matriculation through the ecosystem. I see an increase of learning opportunities or, specifically, learning being led by folks from countries where international teachers and leaders are guests.

A continual force in the field, AIELOC is in collaboration with The Women of Color in ELT for their virtual conference to advocate on behalf of one another and will continue collaborations with others that are truly vested in seeking change and ensuring the safeguarding of child protection and anti-racism in international education.

Kevin Simpson is an education starter who owns KDSL Global, a leading learning organization, and is the founder of AIELOC.