We Are Our People 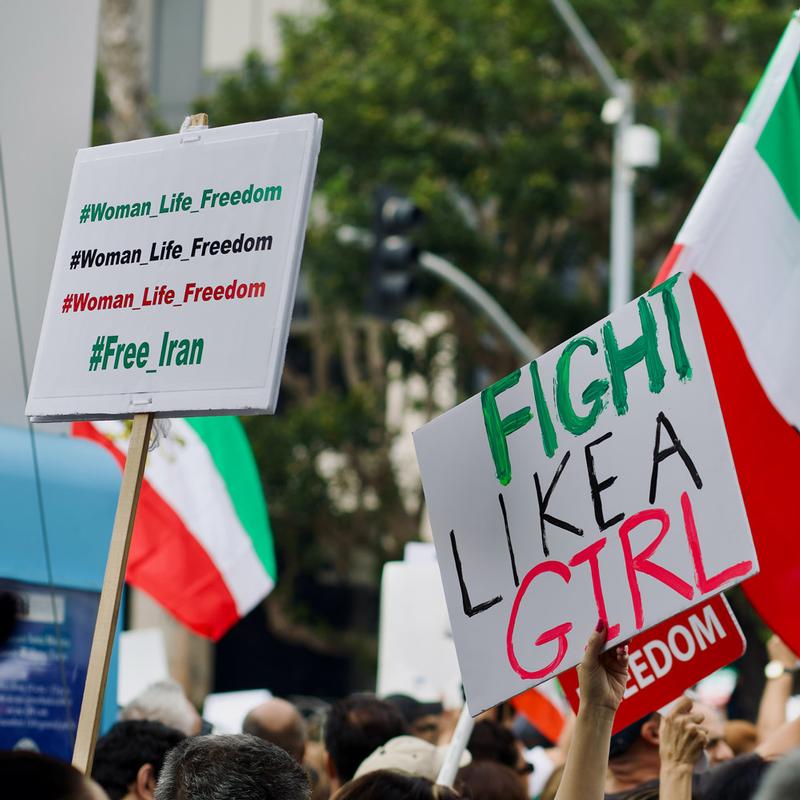 I am recording this video from the French Mountains to get away from the harsh reality of sitting at home on my couch in the last two months reading all the news on Iran, non-stop. This weekend, I am walking around in nature to re-energize.

When I was asked by the AIELOC team, Rama, Nayoung, Kevin, and others if I could open this conference with a few minutes to shed some light on Iran, I must say that I hesitated. I must say that every time I have spoken up about this issue, I have gotten very emotional. I have cried. I have lost my train of thought, and I didn't want that to happen again today.

I am speaking today because, on behalf of women of color in ELT, one of the founders of Women of Color in ELT, and I don't know if you knew this, is currently imprisoned in Iran. The other founder risks imprisonment if they ever go back to Iran. Knowing that they have only one passport and they are an international educator navigating this international space, as much as they would love to speak out on this issue, they have to stay silent.

So I am here for those who have to stay silent. And though I cannot always find the words, I look to those who have written things, those who inspire me, those I look up to. And what better people than our own AIELOC people? Those of you who were at the conference, the task force launched in Geneva last month will remember that I opened the weekend with words by our friend and colleague, Joel Llaban. In his piece, We Are Who We Are: A Radical Dreaming, the first stanza really resonates with everything that's going on, and I would like to start there:

Dreaming of a place and space
where it sees and centers me and you.
Our past, our present, our future.
It sees and centers our stories,
our ancestors' stories,
And the stories of our children’s children.
Here, within. It centers on the lives we live,
and the loves we have and hold.
We are brave and bold.

I was going to follow that video by showing you a screenshot, a still image of two AIELOC members and myself, three Iranians on a call about three weeks ago, sitting in absolute heartbreak, sitting in silence, sitting in sadness, sitting with so many questions, but just sitting there and holding each other. I blurred this image and the faces of the colleagues because like I mentioned before, they cannot be recognized. So I decided to not show you any images, just as the same as I won't be showing you any images of what's happening in Iran.

The information on Iran is readily available on the internet. Colleagues and I have spent two weeks making a statement, making resources. You will be shared the statement and those resources. And what we ask, perhaps, is that you, like in any other conflict, if you did not yet know about what is going on, that you educate yourselves and help educate students, colleagues, institutions. What is happening in Iran is no longer a protest. It is a revolution. And all political beliefs aside, no one deserves to live under a dictatorship. No one deserves to live and be raised in an oppressed system…oppressed and oppressive system. In Iran, 70% of our population are below the age of 35. They are our students. They are our youth. They are the people that you and I work for every day. And while we see our youth being murdered, being imprisoned, 15,000 people currently in prison risk execution. The parliament has just voted to give the death penalty to everyone who has been arrested since the beginning of these protests (to counter the fake news narrative, though not all prisoners have been given the death penalty, they are still at risk for such decisions). That's 15,000 people, doctors, students, activists, journalists, educators, artists that are in prison and risk the death penalty. If we do not share the stories, this will go unnoticed, and like in Palestine, like in Yemen, like any other tragedy in the world, this will just be another hashtag. I didn't use the hashtag Masaa Amini in the beginning of this talk because I want you to understand that Masa Amini is our George Floyd. There have been many George Floyd as there have been many Masa Aminis before this.

On the first day of school going into school, I found out that my 31-year-old cousin, Setareh, was murdered in Iran. First day of school is before the first of September. Masa Amini was murdered on the 16th. And though we are proud to know that this Kurdish woman, Kurdish Iranian woman, became the face of this struggle in Iran, I also draw attention to those who go unnoticed. I draw attention to members of our community, AIELOC, that are currently suffering. And I ask that you help me uplift those voices. In the words of Kevin, “we all we got.” Thank you.

Yasmine Sadri is a builder of bridges, using her background in media, international relations, humanitarian work, and education to promote peace and justice for children and other vulnerable groups worldwide. Currently in her third year of leading DEIJ at the International Schools of Geneva, Yasmine is an advisor, coach, and facilitator for several international institutions including the United Nations where she trains leadership from all over the world in transformative DEI. She is the daughter of two Iranian parents who left Iran in 1979. Since high school, Yasmine has been advocating for increased understanding of and support for Iranian youth and stories. Her thesis was on the depiction of Iran in United States media, shedding light on the different ways media are used to paint an image of countries and their people, often creating distance between citizens worldwide.

Out With the Old Medical Models, In With a New Ecological Response
By Dr. Virginia Rojas Jan 2023