From Monolingual Mindsets to The Multilingual Turn 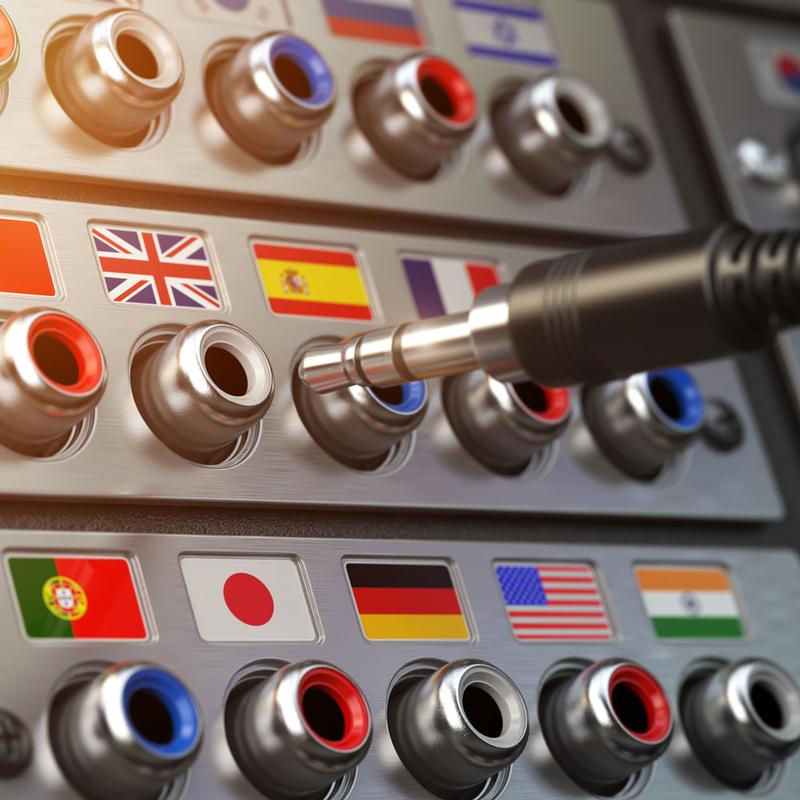 The term monolingual often refers to a person who speaks only one language, while multilingual refers to one using three or more languages. For the purpose of this discussion, we’ll view these terms through a different lens. Specifically, a monolingual mindset represents a notion that communication happens through and by only one language at a time, even in environments where it is clear that linguistic diversity is the norm and not the exception. The multilingual turn refers to developments gaining momentum in language-in-education research and represents a paradigm shift regarding three key phenomena in international schools, particularly those with changing demographics: languages, learners, and language learning (Conteh and Meier, 2014; May, 2014). The research calls for those of us involved in language education in international schools to broaden our perspectives about these three phenomena, since the monolingual mindset might be especially concerning given certain realities. Despite becoming more “multilingual,” many international schools seem not to have critically examined their approaches to schooling speakers of languages other than English.

One reason for this is that monolingualism has historically been perceived as the norm in many international schools. Although descriptions detail how many languages are represented in schools, speakers of those languages may go through their day with little to no interaction with one another, and one language might be considered the dominant language with all other languages yielding in deference to it. The multilingual turn challenges the English-monolingual ways of seeing multilingualism, conceiving of languages as associated with status and power; of learners as highly-capable language users; and of learning as a part of a complex multilingual ecosystem (Meier, 2017). Multilingualism then is best seen as an umbrella term covering a wide variety of linguistic issues. It is the purpose of this discussion to address a few of the most salient issues, especially as they impact policies and practices misaligned with current research. A discussion of this nature means taking on the sometimes undiscussable elephant in the room, the implicit and/or explicit predominance of English within international schools, with an eye on moving forward through continued dialogue and learning.

Historically, languages have been perceived as discrete systems, independent of one another and of the people who use them. As a result, myths about language abound (Meier, 2017), especially with regard to multilingual individuals. Many schools place multilingual learners into extra English sessions instead of another language class, even if the language is their home language, because of the belief that too many languages might be confusing or slow down the mastery of English. Despite the undeniable body of research on multilingualism as a desirable goal and as a normal condition, the monolingual mindset of discrete languages being studied one at a time sometimes triumphs over the multilingual turn lens of the unitary and complex linguistic repertoire of all of a multilingual learner’s languages (Sembiante, 2016).

A related shift in linguistics moves languages away from the study of discrete parts, separate from content, towards understanding languages as resources to perform and negotiate meaning in and across subjects. International schools champion the mantra that all teachers are language teachers; yet few seemingly understand the centrality of languages in the curriculum. How many content or language teachers are provided with opportunities to ensure successful collaboration for building a content and language integrated learning environment so that students of all language backgrounds have access to the academic language of the curriculum? How many schools have moved away from a program model where the English as an Additional Language (EAL) teacher holds primary responsibility for emerging English learners’ language development to one in which the EAL specialist is the embedded language coach of subject-area teachers? How many EAL specialists are hired by school leaders with this intent? Such questions are especially relevant in schools with majority multilingual populations or for emergent bilinguals who represent historically marginalized populations (Conteh and Meier, 2014; Sembiante, 2016).

When it comes to language learners, there is a tendency for the monolingual mindset to espouse “native speakerism,” meaning that the goal for language learners is to attain the proficiency of an English native speaker. Historically, this has been a reality in situations where immigrants are expected to acquire the language of their newly adopted countries in place of their home language. Conversely, multilingual learners in international schools add English to their home languages. Rather than focusing on whether language learners have perfect grammar or accents, the multilingual turn focuses on learners strategically choosing features of their total linguistic repertoires in ways that reflect their multilingual identities. Proponents of the multilingual turn suggest that the native-speaker goal should be revised and replaced by a goal of plurilingual competencies (Conteh and Meier, 2014; May, 2014).

Positioning multilingual learners’ English proficiency in comparison to native speakers or determining their success based on native English mastery has also led to the deficit thinking paradigm. There, the focus is on what multilingual learners can’t do in English rather than what they can do when recognized for the funds of linguistic and cultural knowledge and skills they already possess. Nowhere is this more evident than in some pedagogical practices that reflect a monolingual bias: simplified materials, modified expectations, and assessments that disadvantage multilingual learners who may be penalized for reasons of language proficiency rather than content knowledge. The call to move away from such deficit perspectives by advocating for learners in a multilingual ecosystem, where instruction and assessment practices recognize and value the assets that multilingual learners bring to classrooms, is another important feature of the multilingual turn (Huckle, 2021; Meier, 2017).

The multilingual turn’s shift to use all of a student’s resources for learning is beginning to make its way into international school classrooms, many of which are opening up translanguaging spaces whereby multilingual learners’ languages are strategically used for learning instead of narrowly focusing on the use of English only. For example, rather than simplifying English reading materials, librarians and teachers find texts in home languages for students to read as a precursor to then reading a text in English. Another example could be students unpacking and processing math word problems in their shared language before offering the solutions to peers and teachers in English. Teachers using translanguaging strategies are recognizing that rigorous learning environments or inquiry-based learning can be organized in ways that respect multilingual learners’ agency as to which linguistic resource to use and when (Huckle, 2021).

While well established in language-in-education research, the multilingual turn faces challenges impeding its implementation into policies and practices, mostly in schools and classrooms where English is the language being learned. The attitudinal challenges derive from the perpetuation of popularly believed monolingual myths and norms that endure in the international school network, while the pedagogical challenges may simply come down to school leaders and teachers not yet being aware of these new understandings in linguistics (Meier, 2017). The monolingual mindset persists in many schools, though it is apparent that schools adhering to the International Baccalaureate vision are closer to understanding multilingualism in education, especially in relation to equality, social justice, and the empowerment of multilingual students and teachers (Huckle, 2021; Meier, 2017; Conteh & Meier, 2014; May, 2014).  Perhaps these schools will serve as models for what language education might look like if we choose to no longer remain multilingually unturned.

Huckle, J. (2021). Multilingualism and the International Baccalaureate Diploma Programme (IBDP): An Analysis of Language Learning in the IBDP in Light of the ‘Multilingual Turn,’ Journal of Research in International Education, 20:3, 263-280.

Meier, G. S. (2017). The multilingual turn as a critical movement in education: assumptions, challenges and a need for reflection, Applied Linguistics Review, 8:1, 131-161.

Sembiante, S.  (2016) Translanguaging and the multilingual turn: epistemological reconceptualization in the fields of language and implications for reframing language in curriculum studies, Curriculum Inquiry, 46:1, 45-61.

Dr. Rojas currently teaches the EAL certification program in partnership with the Principal’s Training Center (https://www.theptc.org/eal-training-center). Before semi-retiring, Dr. Rojas was a faculty member for the Association of Supervision and Curriculum Development (ASCD) and a language education consultant for over 350 international schools. She was inducted into the AAIE Hall of Fame in 2016.

08/19/2022 - Rich
I agree 100% that the monolingual mindset and the monolingual monolith are impeding both English and home language learning. Even in my school, where the official language policy explicitly recognizes the value of, and honors home language and culture, I have spent quite a bit of time trying to convince both long-term and new faculty members that they shouldn't tell students "Only speak English in this class!" Working with a number of my emergent bilingual students, I try to get the teachers to see that when we tap into the home language and culture in the classroom, it brings a huge resource to the table, and perhaps even more importantly gives the student's self-efficacy a huge boost when they realize their languages and cultures are not being marginalised. Just hoping that more people come to the realization that multilingualism and emergent bilingual students are NOT suffering from deficiencies, but they have huge resources to tap!