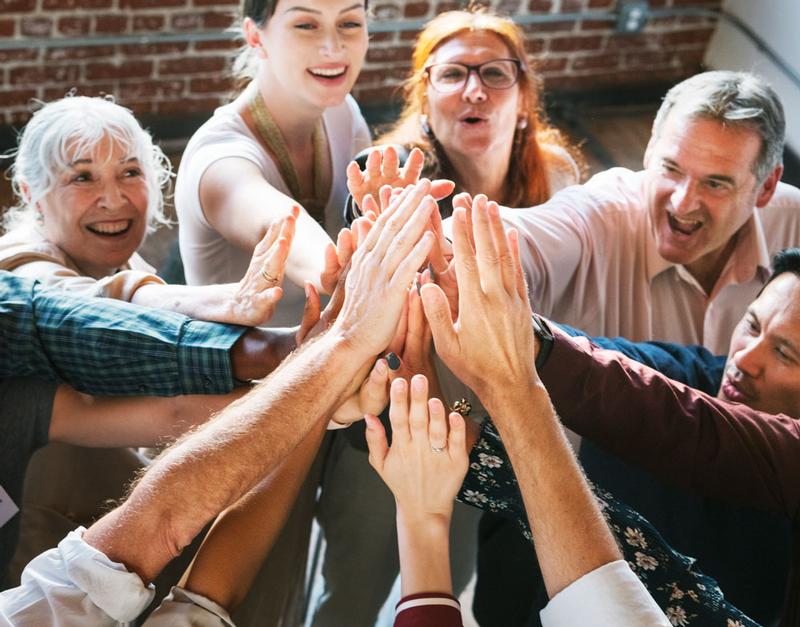 We’re a couple of “old gits” or “golden oldies” that have been through-the-mill of international education in many countries and cultures, speaking up for many similarly experienced and skilled educators who because of their age find it more than difficult to secure meaningful work in today’s youth-orientated society.

“International schools need great educators and leaders who are skilled, experienced and have the right personality and attitude” … TES

“Age is an issue of mind over matter. If you don't mind, it doesn't matter.” Mark Twain

But in international schools we wonder if in fact it apparently does – very much so. We so often hear of highly experienced and highly skilled senior educators being passed over by recruiters, agencies, and schools simply because of their date of birth.

A summary of our leadership careers from an age perspective:

We raise this issue in part because of our own career paths.  We have first-hand experience of the relative ease of finding new and appropriate positions up to about the age of about fifty-five. From then on, securing a new position has annually become more and more difficult. Sid says:

"I am often head-hunted based on my profile and then the prospective employer backs out when my age is revealed. It's happened at least a dozen times, now."

Mick has been more fortunate that recruiters for his current and previous positions valued experience, but the challenge of finding schools with those values grew with each year.

We share these brief experiences to set the scene in which we outline the many and varied skills and attributes that a motivated and experienced person can bring to the roles in international education leadership and consultancy.

So, what are we advocating?

Organizations and schools can and should employ older candidate educators as teachers, leaders, or consultants.

There’s a lot of focus on gender bias, racial bias, and culture bias in society and the workplace and each are very important for many reasons.  A far- less highlighted bias is that of age.

So, what do we “Golden Oldies,” have to offer in leadership / Consultancy and Teaching?

It is a win-win situation for the school and the consultant as the consultancy business is, realistically, “survival of the fittest” as oldies have turned to consultancy as a way of giving back to the educational world that we have loved.

The “only” problem is they don’t want what we offer!

Schools should be clear about when there are age restrictions. For example, The International Educator (TIE), a leading resource for teachers looking for jobs at overseas schools, requires that schools indicate if there is an age requirement when filling out their job posting form on their website[BB2] , so that candidates are at least aware before applying.

What we also must do is point out the benefits, to the schools, of employing capable people who have a lifetime of experience - The most important job in the U.S. – and perhaps the world goes, often, to people who would generally be considered “too old” to be productive in most employment.  Joe Biden is seventy-eight and deemed fit to run a country with the world’s largest economy and three hundred and twenty-eight million people. Many other national leaders are ancient; they are expected to use their wisdom not their athleticism! You can’t have forty years of experience in a thirty-year-old body! Or even a fifty-year-old body!

A good strategy for maximizing team output is to increase cognitive diversity which is significantly more likely to occur if you can get people of different ages, experiences, and expertise working together. We, older heads, have "been there and done it" before, so don’t need credit for leading. Our aim is to develop the skills of the middle managers to be able to take over.

We must acknowledge that there is a limit to paying for experience; the educational system which pays people more because they have done the job longer is not generally accepted by board members from industry and we must be prepared to be flexible.

Knowledge and expertise, the main predictors of job performance, keep increasing even beyond the age of eighty. When it comes to learning new things, there is no age limit, and the more intellectually engaged people remain as they age, the more they will contribute.

We should encourage schools and recruiters not to discriminate by age – or in any other way. This includes tackling implicit bias. People of every age who are motivated to work should have a right to do so. If employers can create an inclusive, fair, and meaningful experience for older employees, as well as younger ones, the school becomes more innovative, engaging, and successful - and benefits society at large.

Sidney Rose has spent forty years in international education as a school leader and consultant including starting up several  new schools in many countries and cultures. He now finds himself “on-the-shelf” and considered “past-the-sell-by” date.

Michael Thompson has spent his career in international education, mainly as a school leader, consultant, and accreditation team leader. He is currently Head of an international school in Jamaica.