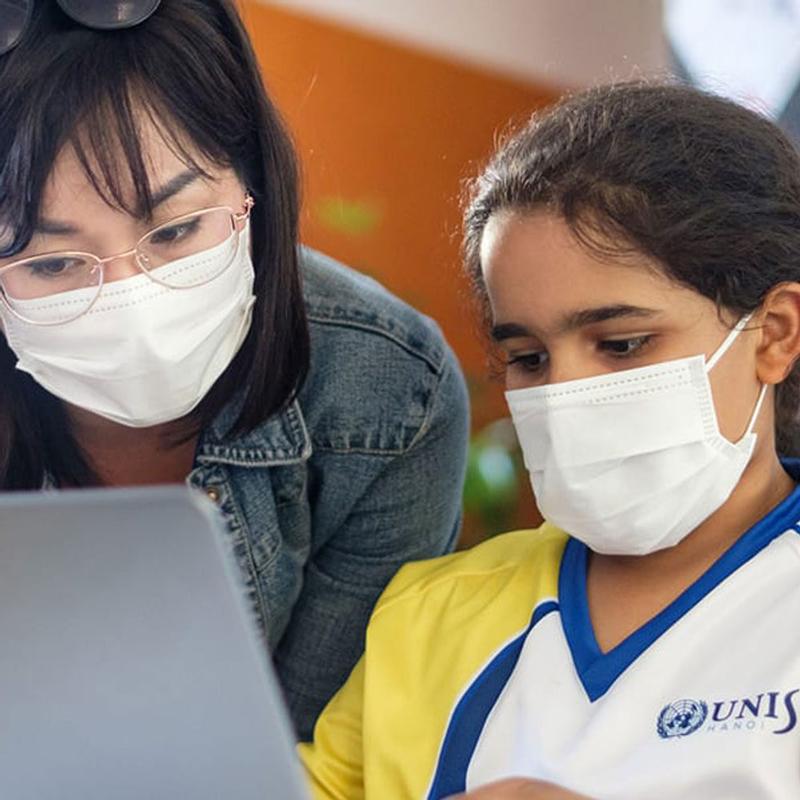 “You know why I think that event was good? Because if the queen had walked in, she would have approved.”

This was a few years ago, back in Canada, before COVID19 reared its ugly head and before the dialogue and discourse around DEIJ really entered the public sphere. And let’s be real, many institutions, including our international schools, were forced into the dialogue. As I sat there collecting my thoughts, sitting in front of the administrator who shared this “feedback” with me about an event I organized, all I could think was, “The queen colonized my people for almost 100 years. Frankly, I don’t really care about her opinion.” Those of you who know me well know that in my mind, my language was a lot saltier.

As I packed up and left that meeting, I had a moment. Not one of those dramatic, slam down a resignation on the table moments, but a small little flame was lit that day. I started to ask myself, as someone who has ascended into leadership at schools, do I want to be a steward, and more importantly, a champion for a vision that I’m not behind? And worse, a vision that I oppose in every way?

The truth is, I don’t know how many of us have really asked ourselves that? For those who have wondered aloud (in many cases, BIPOC and/or women and/or LGBTQ+ educators in our community), the reality is that for the most part, our current systems and structures do little to create an environment where active and open questioning can happen. Those who have the courage to do so are oftentimes met with repercussions or their questions fall into the abyss, unaddressed by a power structure that isn’t designed for marginalized educators. And I think we all know the reason why. We’ve hidden behind a facade that international schools are idyllic utopias where racial harmony is present, that students and faculty get along. They work through various cultural nuances with nary a conflict. Then, they cross the stage, prestigious international school diplomas in hand. And then what? They move into life outside of these schools (usually in a North American, European, or Australian context) and they have no idea about how to really engage with any meaningful discussion about race. And many of them will, for the first time (if they hadn’t already whilst still in our schools), experience an act of prejudice, either as a victim or witness, and they will be paralyzed in that moment because as international schools, we have largely failed our students when it comes to any meaningful dialogue around privilege, race, justice, and equity. These experiences aren’t limited to students from marginalized identities. White students who grow up in multicultural settings will witness prejudice. But again, as schools, we have done little to teach and empower our students what allyship really looks like. Many have played the role of being a source of comfort, the proverbial shoulder to cry on after the fact. But it is in the present tense of the act that these students fall victim to the same paralysis. How do I know this? Because much of what I described in the paragraph above is my story.

I am so grateful that I attended international schools for almost all of my schooling. I lived in four countries in Southeast Asia, attending excellent international schools that were rigorous, well-resourced, and in many cases, on the cutting edge of pedagogical innovation. But all of these schools, especially as I got older, failed in engaging its students in conversations about privilege, race and racism, equity, and justice. There might have been a teacher or two who brought in diverse texts (my teachers who introduced me to Midaq Alley or The Sailor Who Fell from Grace with the Sea come to mind), but they were the exception, not the rule. And yes, we did CAS projects, and no, right now, I’m not going to get into how problematic so many of them were.

In the summer of 2020, I had the opportunity to join a group of alumni from one of the schools I attended. In the wake of the murder of George Floyd and some beautifully written articles about anti-racism in international schools, the leadership of that school took the bold and much needed step of seeking to engage and inquire from alumni about their experiences with race, and where the school needed to grow. That panel had alumni from almost three decades and all of them (many of whom who had attended more than one international school) distilled the central thesis to the following: as international schools, we have so much - SO MUCH - more work to do when it comes to educating our students about social justice and engaging in meaningful conversations about equity, race, and belonging. Most jarringly, it is clear that we take our status as international schools and assume that because we have diverse student populations, that that in of itself is enough. And yet, we know it’s not enough. Our schools are ineffective at best, or worse, hide behind an illusion of neutrality when it comes to empowering our students with the language and toolkit to engage with anti-racist/oppression pedagogy and what it looks, sounds, and feels like in action.

I am so thrilled to be back in an international school setting and I’m really excited to support and contribute to our school’s DEIJ journey. In the coming weeks, I hope to share a little more openly about our school’s plans to bring DEIJ to the forefront of our work. Our goal, as I’ve said to my head of school on numerous occasions, is that we’ve so deeply ingrained this work into everything that we do, that we can no longer actually see it, that it is embedded into our DNA as a school.

This will not be an easy or quick journey, but it is one that at our school has the support from our head, the board, the leadership team, and a dynamic group of teachers ready to take this head on. We have challenged ourselves, and I challenge you to consider, what are you noticing in your schools? What are the lived experiences of your students and how are you acknowledging them? What is your action plan, your “north star” for DEIJ work? For me, it’s a simple metaphor. At our school last year, I created an email address/group - [email protected] - and my goal is that in the not-too-distant future, that we retire that address, because we have ALL become equity focused educators.

An Indian-Canadian TCK, Tanay attended international schools in Southeast Asia for all of his schooling. Professionally, Tanay has served in a variety of teaching and administrative roles at independent schools across Toronto, including Vice-Principal, Director of Curriculum, and the Director of the Forum for Change, an experiential learning hub anchored by a commitment to social justice and equity work.

Presently, Tanay is the Secondary School Deputy Principal for Teaching and Learning at UNIS Hanoi. He is committed to ensuring that our international schools bring issues of DEIJ to the forefront and engage in action plans to bring this work to life.