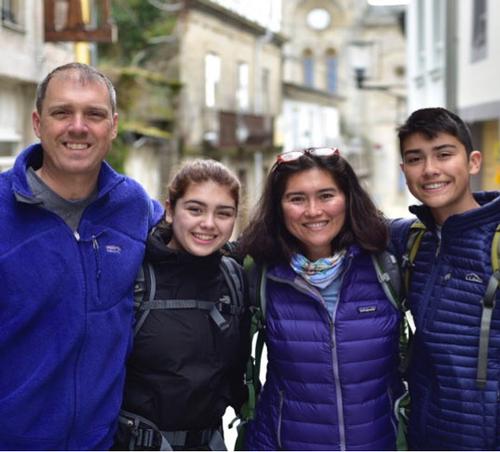 I have taught critical race theory (CRT) for the past ten years in three different overseas American schools, and that experience has solidified my unequivocal belief that teaching diversity, equity, and inclusion (DEI) are fundamental to an effective liberal arts education, and still very relevant in preparing our youth for the world they will inherit.

Despite growing backlash abroad and at home, my key observation is this:

A teenager growing up overseas as an expat, though generally quite culturally competent, is wholly unprepared to return to the United States, where they will have to navigate in a society still coming to grips with its differences, and especially its historical baggage over racism. If the person returning is of color, he is not aware that he will be raced in America. If that person is White, she is ignorant of the impact she will have as an ally (positive) or as a microagressor (negative).

CRT presents a balancing perspective to the sanitized, biased viewpoint textbooks have provided our youth for generations. Therefore, teaching CRT provides a positive step toward the ultimate goal: a just society rooted in equal opportunity. Where better than our schoolhouses to address this objective?

Race and ethnicity in America is either a negative or a positive doing, respectively. It can never be neutral. Supreme Court Justice Harry Blackmun wrote in the landmark Bakke case, “In order to get beyond racism, we must first take account of race.” That’s intuitive.

My own experience with critical race theory traces back to a transformative period early in my career as a school leader. As one of the original members of METCO (busing students from Boston into the suburbs), our community grappled with the challenges our students of color faced each and every day. (Watch my TEDx talk about the day our community was canvassed by the KKK.) A doctorate at the Lynch School of Education at Boston College reinforced these lessons.

From there, in moving overseas to raise our biracial children outside of the American bubble, we were surprised to see how little conversation there was about race, culture, and social justice, even in such a diverse city like London. President Obama, who himself taught topics in race and society at the University of Chicago Law School, had just been elected, and the prevailing attitude (among many Whites, at least) was that we were finally post-racial. The case was closed on racial injustice. History was just that: history. As I launched my own high school course titled “Race, Culture, and Human Rights”, I fought to raise awareness on the idea that we were not yet post-racial, but instead still living in a society where bias was systemic, where overt bigotry had simply gone underground. The school and my students were receptive. Students continued to enroll in the course.

In the ten years I have taught CRT from an ally perspective, there has been a steady supply of highly publicized racial incidents that prove why such a course is both necessary for our youth and also relevant for our society. In exploring topics such as privilege, prejudice, racism, ethnicity, culture, and informed action with my students, I have made several observations about this generation, which gives me hope and confidence that our future will indeed be positive:


Let’s be clear. Teaching critical race theory in schools is not about creating a generation of woke young adults. It is about awareness, of oneself and of the society one lives in. Nor is CRT about infusing guilt onto young people, who have not created the world they live in. Furthermore, guilt-offsetting behavior by well-meaning adults through overcompensating for injustices, real or imagined, only makes the problem worse, and fosters divide. It’s simply time to incorporate critical race theory into our schools’ curriculum, for the express benefit of our youth, so they can be active and discerning citizens. Isn't that a fundamental purpose of education?


Dr. Paul Richards is the Interim High School Principal at the International School of Zug and Luzern and the incoming Head of School for the American School of Bombay.

This essay was inspired by recent backlash at international and domestic US independent schools over the inclusion of critical race theory into its curriculum. It was originally published on his blog:
https://paulrichards298.medium.com/what-i-learned-teaching-critical-race-theory-to-americans-adolescents-overseas-2900e55cbc16

07/12/2021 - Dr. Alain Sykes
I would be interested to learn more about what "teaching critical race theory" means in this context. Recently there has been a great deal of discussion and debate about critical race theory in education, but few people define or explain what they mean or how they are employing the term. In this case, are you referring to formally teaching the ideas of critical race theorists and approaches such as counter narrative? Teaching key terms related to race and racism? Or something else? And how have students--and school administrators--responded to this teaching? I am very curious about what this has looked like in practice, and how--if at all--these ideas have been adapted for an international school context. 07/10/2021 - Jane Larsson
What I appreciate about Paul’s article is that he points out the incredible opportunity we have as educational leaders to foster open discussion and debate in our communities as we consider who we are and how we develop ourselves and the young people we educate to act as decent human beings. I encourage any educator reading this article to learn what your students want to talk about and to ensure that our curriculum includes a balanced portrayal of our world in all its diversity. Young people will educate themselves through other sources on topics we may be afraid to discuss, so it is even more important that we show our willingness to foster open discussion on topics that can too easily divide us, whether we are ready to or not. We will learn from each other.