We Don’t Want to Talk About It 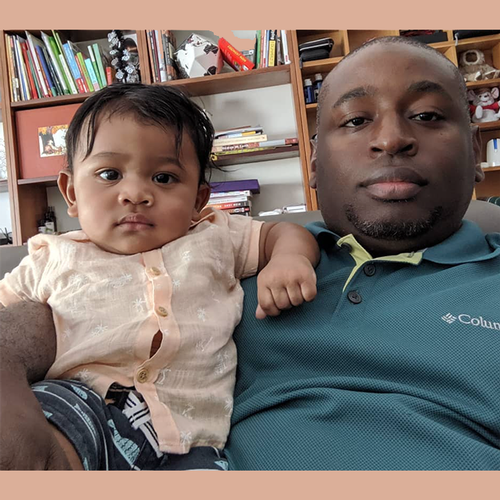 If you happen to have Black (especially African American) colleagues, students, friends, or people in your community… please know that we might not want to talk to you about how we’re feeling right now.

Take no offense; it’s not about you. By asking us how we’re feeling in regard to the recent trial and verdict of George Floyd’s murderer, you might mean well, but we don’t want to talk about it right now. We have to process this for ourselves first.

Why? Well, because we—and by we, I mean in particularly African Americans—have been trying to get the message across for centuries, CENTURIES, that policing in the U.S. is excessive to say the least when it comes to the likes of us.

I’ve had colleagues throw stats at me, saying things like, “Statistically, the number of Blacks being killed isn’t that high.”

Well, statistically COVID deaths aren’t that high compared to the total population of the world, but do you think that makes me feel better about losing my grandmother? Would you say such a thing to someone who has experienced a loss in their lives due to COVID?

More than one Black person getting killed with excessive force is one too many, in my opinion. I have never feared for my life due to policing in any country I have visited or lived in with the exception of my home country. That’s 50+ countries, six as a resident... Not even once. Fully automatic guns the size of a three-year-old in Venezuela, Sri Lanka, even Singapore. But I knew those guns were not for me; they were to protect me, just like everyone else.

I’ve had actual so-called educators repeat the phrase “Black-on-Black crime” to me—a phrase they learned through the media. (Have you ever noticed there are no other types of crime described in this way? No “White-on-White crime”? Why do you suppose that is?). I have heard those around me regurgitate whatever the police or media was able to dig up about a victims’ past in order to justify their death at the hands of people who are supposed to protect and serve them.

That is not what I want to hear right now. I’m in pain. So talking with someone who might say more of the above is pretty much the last thing I want to do in this moment.

The first time I was stopped in the U.S. by police I was just five years old. FIVE. I tell this story to my students almost every year, whenever it seems important that they do some perspective taking. Telling my students my stories feels like the very reason I am overseas; they probably wouldn’t hear stories like mine otherwise.

Back to me at five. I was riding my bicycle on the sidewalk. My dad, who passed away two months ago (RIP), was in the street along with three  kids from our neighborhood—all Black. A police car came flying out of an alley, no lights. My dad yelled, “Look out!” I slammed on my brakes, just enough that my front wheel lightly bumped into the side of the cruiser.

Two officers came flying out, yelling at me, waving batons, threatening my dad. I remember Dad yelling back at them as they threatened to give him a ticket (for what exactly?). And I remember my tears. In kindergarten lessons, when asked to name the people we trust in our community, no one in my neighborhood ever named the police.

Something needs to be done about that... yesterday. 250 years ago. NOW.

So, no. I don’t want to talk about how glad I must feel about someone being thrown in jail for a murder that basically the whole world watched on camera like a snuff film. I haven’t watched the footage and I never will. I live our trauma every day; I don’t need to see it on camera. And I definitely don’t want to talk about something like that; it’s not a new problem for us, it’s just new to those that it hasn’t directly affected until it was right in front of their faces on their screens.

But dialogue is an important part of the healing process, and eventually I—WE—will be ready to talk about this.

Waiting around for all of this to change on its own isn’t going to get us there either. Educate yourselves about the caste system and its history in the U.S.; don’t cop out of this work with the excuse that “you are not an expert.” No one is. Learning is a lifelong process, and as educators, we should know this. I’m learning too.

Be supportive of your school’s DEI-related efforts; when stories like mine are trying to be your water, don’t be a rock—be a flower. Do you know how much energy it took to write this while I’m at my lowest? Yet here I am, because it is important.

My tears aren’t solving anything. And if this is how I feel as an adult, imagine the kids in your class? In your community? And not just the Black ones; all kids need to be taught to do better. So maybe when they’re older, and travesties like this are no longer the norm, they will be the ones working as upstanders to stop anomolies from happening instead of taking out devices to record them  as “more of the same.” We owe them better than this.

Let your students of color, and especially your Black students, know that you are there for them in this moment if they need someone to listen, or if there’s an incident they don’t feel they have the power to address. If you never talk about this kind of thing in your classroom, why would they feel comfortable coming to you?

And yes, Black Lives Matter. Please don’t respond with “All Lives Matter” or let anyone else get away with that nonsense. Would you wear an “All Cancers Matter” shirt at a breast cancer awareness fundraiser? Would you go to a Southern Californian brush fire location and start yelling about how all forests matter? I hope you’d get a damn bucket or help hold a hose.

At this particular moment in time, it seems that some people need to be made aware that my life, my son’s life, our lives are just as valuable as everyone else’s. That’s what “Black Lives Matter” means.

Hopefully, by the time my son is an adult, we will no longer have to remind people of this simple, undeniable fact.

06/11/2021 - Naida Arrindell
Only just seen this. Very well said. 05/19/2021 - Lou
Well said, well written and more importantly to changes that allow James's kids (and our future generations) that we no longer have to remind people of the this simple, undeniable fact that James Toney has clearly stated. From an ex Detroit native who calls Australia his home and has a gig in Luxembourg till July of 2022. 05/03/2021 - Doline Ndorimana
Thank you James for sharing your wisdom with us. I know it took a lot of strength to write this. Bravo! 05/02/2021 - Dom
James, thank you for sharing. I do find it very frustrating when white people come up to me out of the blue and start talking about race expecting me to instantly begin a dialogue with them because they are just discovering their feelings about this. I have had feelings about this all my life because I have been affected by racism and discrimination. I feel sometimes that white folk want us to enter the same space as them, as they are feeling bad for black folk or people of colour. Then in a week or so the feeling fades because its no longer a 'hot topic' for them and why are we still thinking or talking about this. We are still talking about this because it has affected us our whole life, not just fleeting feelings for a moment. 05/02/2021 - Mike R
Thanks for sharing this message. James. 04/30/2021 - Heidi Ryan
Well said James. I'm glad you're a teacher. Your students are lucky to have you! 04/30/2021 - Bernie
Thank you James! Very helpful. 04/30/2021 - Kasey S
Thank you for sharing this. 04/29/2021 - Athena A.
Thank you James! Thank you for pushing through the frustration and hurt to take the time to educate the community. We are doing the work and we are spending everyday making sure that by the time your son and my daughter will no longer have to remind the world that they are valuable without condition. Salute! 04/29/2021 - Veronica McDaniel
Thank you for taking the courage, energy, and time to share this with us, especially when, as you say, you are at your lowest. We are listening. Thank you. 04/28/2021 - James Dalziel
Well done James. 04/28/2021 - Phil
Thanks for taking the energy to share this with the community. I hope that your last sentence is prophetic too. 04/28/2021 - Joni
Great job, James!! I too hope that everyone can meet in the "Middle" and accept people for who they are, humans! No gender, no color, no sexual orientation, but human beings that all deserved to be treated with respect. 04/28/2021 - Phil
Thanks for taking the energy to share this with the community. I hope that your last sentence is prophetic too. 04/27/2021 - Aaron Reed
Brilliant. Spot on. And devastating. Thanks for sharing this and undoubtedly opening a lot of eyes. It’s needed.

It’s Not Enough To Just Talk About It
By Joanna Lippert, Grade 12 Jun 2022