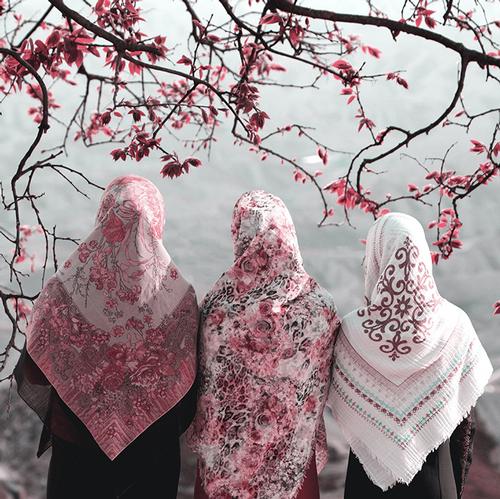 Photo by Hasan Almasi on Unsplash

Ever taught in a country other than your home country and experienced a work culture different from that of your own? Teaching overseas in a different work culture can be a daunting experience not just for first timers but for experienced teachers as well. One of the major concerns that most employees have, especially if they are female, is the dilemma of what to wear to school. Depending on where in the world you teach this can sometimes be an issue irrespective of whether you are native or non-native.

Western teachers in countries of the Middle East and far East where dressing demands modesty can find themselves in a predicament over what is acceptable and what is not, especially since a large number of schools often don’t have a policy and fail to provide any specific details or guidelines on the same. What is acceptable differs depending on the region, culture, who the school leaders are and whether or not their target clientele is mainly expatriate students. Generally, trousers and shirts that are formal and not see-through are acceptable, or even skirts or dresses that fall well below the knee are “safe” and will keep one out of trouble. It is preferred if one’s arms are covered so anything sleeveless or strappy is out. Arab teachers who are accustomed to wearing hijabs and abayas and conforming to the demands of culture and religion on the other hand are faced with a similar dilemma of what to wear, despite being in an Arab country and being covered from head to toe. Surprising isn’t it?

An increasing number of international schools in some parts of the world aim to attract an international clientele in terms of both students and teachers. In order to maintain a certain image of being a truly international school, many institutions hire a blend of teachers from various parts of the world who teach subjects ranging from English to Physics and even Physical Education and Drama. However when it comes to teaching Arabic, most teachers are either local to the country or Arabs from other Arab nations. These ladies may or may not be abaya-clad women sporting hijabs to work. Often, the particular practice of wearing a hijab and abaya is not viewed as being in keeping with the school’s “international” image and surprisingly is discouraged in some schools. Though they may not openly state it, they sometimes find more subtle ways to indicate that they would prefer otherwise by often stressing the international nature of the school and its aim to provide quality education to learners from all parts of the world. In addition, they often stage photo shoots for the school website to center on white teachers and women in hijabs are only visible when highlighting certain aspects of the school.

Another assumption that seems to have crept in is that these abaya- and hijab-clad ladies can only possibly be hired to teach Arabic or Islamic culture and nothing else. Sadly an increasing number of schools prefer to hire based on the image and would choose a white-trousers and shirt-clad English teacher over an Arab or Muslim one in an abaya and hijab, unless she were teaching Arabic or Islamic. For some reason, it is difficult or sometimes nearly impossible to imagine an Arab or even Pakistani or Indian woman in an abaya and head scarf teaching Math or Science. Sadly, learners are being taught to expect expatriate teachers who dress differently to teach them these subjects. I do recall an occasion where Arab learners refused to be taught English by a very competent Nigerian colleague and were extremely rude to her. The student in question threw books and a bottle of perfume at the teacher and called her Black, among other things. When I intervened and asked the student to apologise, she refused and marched off to the headmaster’s office to demand a white teacher. Sadly he conceded to their demands and at the end of term both the Nigerian teacher and I found ourselves jobless.

The ever-growing demand for native speakers and white teachers to boost the international image of the school partly explains why Arab teachers and sometimes even teachers of colour are being put into a box, so to speak. The sight of a teacher in a hijab on the website of an international school may be construed by viewers in various ways including that the school is rather traditional and caters mainly to Islamic beliefs and students. Teachers of colour, especially those from certain countries, are often dealt the same discriminatory treatment irrespective of whether they have a degree from a western university. White teachers, on the other hand, send out a different vibe altogether regarding a school’s culture and its image as an international educational institution. Sadly, it appears to be all about the colour of one’s skin and what one wears to work, and much less about how capable one is at their job.

If you are a teacher looking for a position overseas, you would do well to keep in mind some of these factors, as they can be pivotal in helping you find that dream job. A good way to begin is to take a look at the website for signs and ask around as much as possible before you put pen to paper and sign that contract.

Zenaida Cubbinz is a published author and IBDP/CIE  English teacher in India.