Recognizing Your Potential to Lead 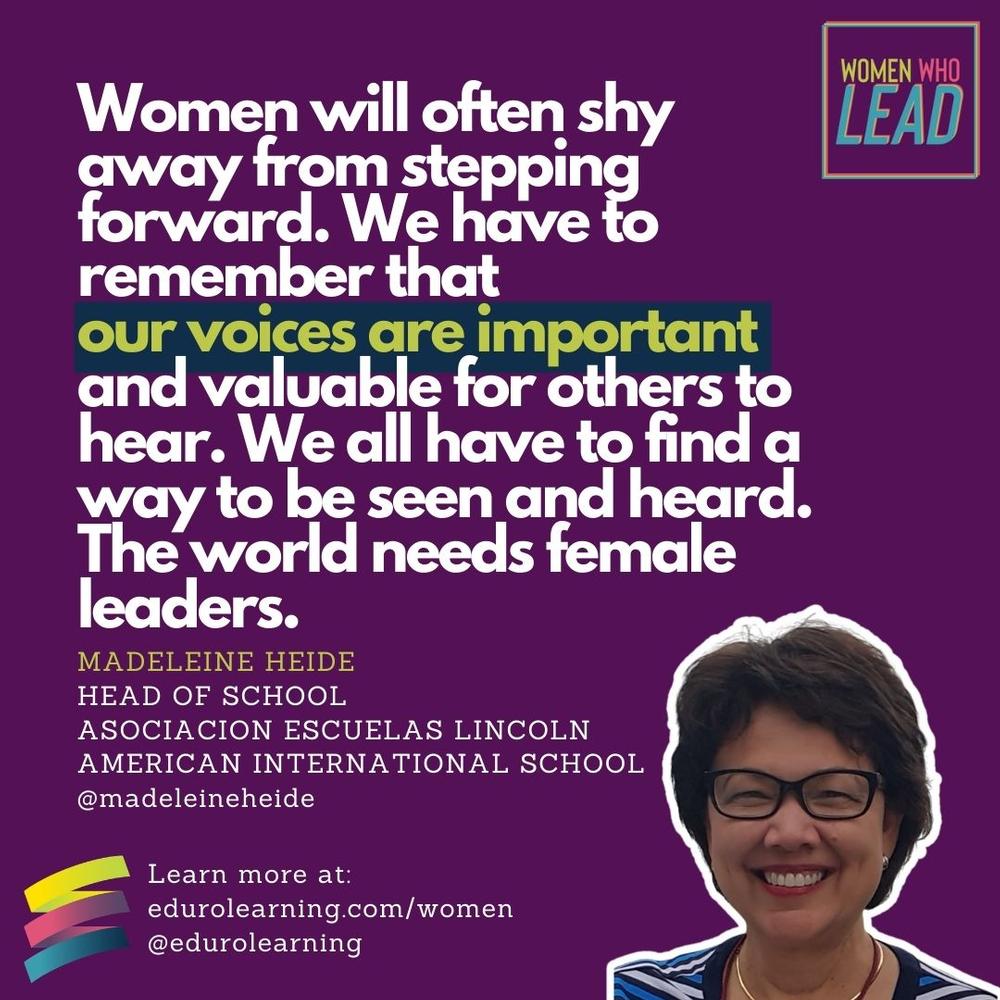 When looking at how leaders got to where they are today, it’s easy to see each individual’s journey as a steady series of steps taken towards an ultimate goal. However, it’s important to keep in mind that at the time, the momentum or end of the journey may not have been at all clear to the women involved. During the Women Who Lead interviews, I asked each successful leader to describe and reflect on the moment she realized she had the capacity to lead. For some, there were clear and specific “aha moments” of recognizing their leadership potential while for others it was an ongoing series of moments and experiences over the course of years.

For many, a series of experiences that built upon one another created a new understanding of self-as-leader. Many recognized their leadership capacity not through assuming what Bridget McNamer, Chief Navigation Officer for Sidecar Counsel, calls “big L leadership,” but rather through “little l leadership.” By doing what comes naturally, and stepping up into varying forms of leadership, they began to see themselves as others saw them. The thread leading from outside recognition to ownership to responsibility runs through many of the Women Who Lead interviews.

Hearing these stories is a strong reminder that, as Madeleine Heide said during our conversation, “Women will often shy away from stepping forward. We have to remember that our voices are important and valuable for others to hear. We all have to find a way to be seen and heard. The world needs female leaders.” As you read their stories, it may be worth asking yourself: How can I share my voice?

Several of the women I spoke to highlighted that they didn’t see themselves as leaders at the start. It was when others began to recognize the leadership within them that they started changing their own mindset.

For Jasmeen Philen, Elementary Assistant Principal at International School Manila, it was a series of moments that led her to realize she is a leader. She describes herself as having “an innate gift to inspire,” and because she took great pleasure in trying to be a positive influence, she found herself a source of advice for others. When people started to seek out advice from her is when she started to realize she had the capacity to lead.

When others would call up on Catriona Moran, currently Head of School at Saigon South International School, to volunteer and lead committees, she reflects that “other people realized that I had the capacity to be a leader before I did.” It wasn’t until she was earning her PhD that she realized that she held the power to “lead an organization with ethics and morals and the ability to make change.”

Similarly, Madeleine Heide, Head of School at Lincoln American International School in Buenos Aires, realized that “other people saw something in me because I did not back away from expressing myself, I wanted to be heard.” She wasn’t looking to lead, but she also didn't want anyone else to make a decision she wouldn’t like. She now realizes that “by being willing to get involved, that brought leadership opportunities to me.”

In these stories, stepping up and offering their skills allowed these women to demonstrate “little l leadership,” which was a natural stepping stone to taking on more responsibility.

Many of the Women Who Lead interviewees described gaining a new understanding of themselves as leaders as their experiences began to coalesce into a pattern of behaviors, attitudes, and skills. This, in turn, built their confidence to reach out for new opportunities in more formal leadership roles.

Although Madeleine Heide didn’t initially intend to be a school administrator, she remembers the time she read a job description for a Principal position in the staff room and realized that she was qualified. When her husband encouraged her to go for it, that was the moment she realized she could be a leader too.

While she was coordinating an in-house technology professional development event, people started asking Dr. Nneka Johnson, currently Director of Innovation and DEI Coordinator at International School of Dakar, what to do, and she recognized that she was a leader. Throughout her journey, she’s realized “in my leadership style, I don’t mind getting dirty. I would never ask something to do something I wouldn’t do myself.”

Back when she was department chair, Tara Waudby, currently Head of School at Riffa Views International School in Bahrain, had a very similar experience. She remembers sitting in the middle leadership team, thinking “my ideas are something new.” She realized that not only did she have ideas, she knew how to put them into action. It was many small moments like that that gave her the confidence to apply for her first position.

In her first school, perhaps due to the fact that she had a PhD, was a visible minority, and was among one of the youngest educators, Dr. Mary Ashun, Principal of Ghana International School in Ghana, found that the Principal would call upon her and ask for her feedback. As Dr. Ashun says: “That let me know that I had a certain pulpit. I didn’t see it as leadership, I just thought they were asking me because I was the only Black person. I never put it all together as leadership until my second school, when I was put on committees. That’s when I saw it as leadership.”

Making the jump from “little l” to “big L” happens when you fully embrace and own your leadership.

Standing Out And Making It Happen

Full recognition of your leadership capacity enables you to take risks, stand out from the crowd, reach for bigger goals, and make a strong impact in your community.

When ECIS CEO Kam Chohan was a child, she used to be able to disrupt the class and, in looking back, felt that was early leadership. As she says, “I’ve always felt like if you are passionate about what you do and you can bring others with you, that’s leadership. Being authentic and completely committed to the cause. I always felt like a leader because I could bring people with me.”

After Lola Aneke, Executive Directory of Cadet Academy got back to Nigeria after completing her degree, she had a goal to make sure inclusive education became a part of the schools in Nigeria, but they didn’t understand the concept. As she says, “If nobody is calling you, you can start from somewhere. I became my own office.” She took to social media, put out calls on her blog, went from house to house to provide services, and built her own organization. “I knew there was a deficit, so I took it upon myself to address it. That was a sense of leadership.”

Kathleen Naglee, Head of School at Helsinki International School, reflected that once she did become a leader with a formal position, she almost immediately began to notice that her attitude had “a cascading effect on the entire system, it is amplified by everyone in the room.” She realized that presenting a “caring, loving, positive, authentic self” in front of the stakeholder community is a responsibility all leaders need to embrace.

Whatever the steps on their journeys, once they were ready to apply for “big L” leadership positions, these women all inevitably encountered some of the same unique challenges. In the next article in this series, we’ll explore a few of them and how the Women Who Lead addressed and learned from adversity.

Do you have the potential to lead? Explore more from our women who lead and embrace your leadership capacity at: https://edurolearning.com/women/

Kim Cofino has been an educator in international schools since August 2000. Having lived and worked in Germany, Malaysia, Thailand, and Japan, Kim has had a variety of roles in international schools, including (her favorite) instructional coach. Now based in Bangkok, Thailand, Kim is the co-founder and CEO of Eduro Learning, which offers online customized professional development in a community-driven environment, including COETAIL, Women Who Lead and The Coach Microcredential programs.  Kim is co-author of Your Connected Classroom: A Practical Guide for Teachers, as well as co-host of the #coachbetter podcast and YouTube series. Find out more about Kim at edurolearning.com.