Is Having a Growth Mindset Enough in Math? Introducing Mathematical Resilience 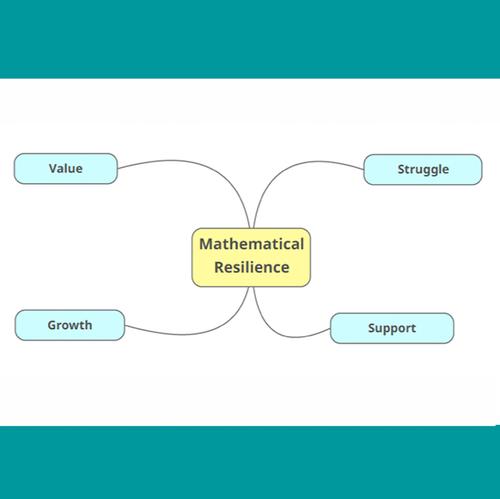 Action research for my M.Ed in Special Educational Needs and Disabilities (SEND) highlights that a Stanford University free online course “How to Learn Math: For Students” (Boaler, n.d.) makes a positive impact on the mathematical resilience (MR) of 32 high school students with an Individual Education Plan (IEP), as well as how math teachers view this student group.

Growth mindset is the belief that ability can improve with time and effort (Dweck 2006).  Boaler et al. (2018) examined how the course impacts school students' engagement, mindset, and their academic achievement in math. The treatment group showed positive results on all the variables measured compared to the control group. Their sample was limited to middle school students in the United States. In contrast, Education Endowment Foundation (2019) shows that growth mindset may not be enough to help students’ progress in math. Their sample was limited to U.K. primary school students. I instantly became curious as to why growth mindset may not be enough.

My search for a standardized assessment that could measure growth mindset led to a concept called “mathematical resilience” that takes into consideration the affective viewpoint and not just beliefs (growth mindset). It is a four-part construct rooted in previous theories.

Johnston-Wilder et al. (2016) assert: “A resilient stance towards mathematics can be engineered by a strategic and explicit focus on the culture of learning mathematics” (p3).

They elaborate on creating a group culture of “can do” math in a safe environment with support (fourth aspect of MR) from anywhere—peers, online support, textbook, adults, etc. This reduces anxieties and builds knowledge of the non-cognitive domain of math learning. This disrupts negative beliefs, thoughts, and actions such as learned helplessness and avoidance of doing math.

My hypothesis was that the course would support the development of all four aspects of MR, not just the growth aspect (rooted in the growth mindset concept). This research is important because it adds to the growing research on MR by being explicit about the intervention used to develop MR. Also, the international school overseas sample was different from the published research on growth mindset and on MR. A full 80 percent of students are third culture kids (TCKs)—that is, children of expatriates/diplomats moving from country to country every two years or so due to the nature of their parents’ jobs.

It was predicted that their scores would be lower than the published research because of two barriers: their Special Educational Needs and gaps in math skills and knowledge due to their status as TCKs. However, this was not the case. The sample is comparably resilient to the normative sample, even before the online course and then improved after the course was completed.

Thematic analysis (Braun & Clark 2013) of the key messages students gained from the course suggests that it does not only develop a growth mindset, but also the other aspects of MR that Johnston et al (2010) elaborated on—that is, value, struggle, and support.

Yeager and Dweck (2012) assert that mindsets promote resilience, expounding that a mindset acts as a lens that filters a student’s experience of math challenges and leads to different patterns of coping. It does not even matter what a teacher perceives, according to them; what does matter is the students’ interpretation of the challenges faced, e.g., I need to work harder next time (opportunity to learn and grow—growth mindset); I am dumb in math (threatens ability and gets defensive—fixed mindset). This has a knock-on effect on a student’s goals, beliefs about effort, attributions for their setback, and learning strategies. This suggests that MR should be embedded in the math curriculum so that students can learn math effectively and joyfully.

I would recommend dialing in on peers and online support like the free Stanford course, given the current COVID-19 situation, by trialing and assessing distance/hybrid learning approaches that schools around the globe are implementing, e.g. using the standardized mathematical resilience scale.

Empathy for and openness to students with IEPs should have a knock-on effect to the students’ self-esteem based on an improved relationship with the teacher. The focus should be relationship building for the teacher so that other foundational components, like "value" can solidify while "struggle" and seeking “support” can be normalized to enhance the "growth" area of the student on mathematical knowledge/skills/standards.

Priya is a High School Learning Support Teacher at the International School of Kenya.