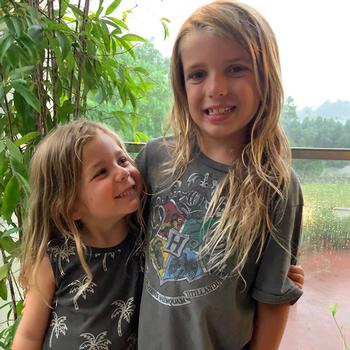 When students walk the corridors of their school, what narrative are they internalising? What story are they being told? We all know what we want them to gain from international schools; we see it in school missions and vision statements across the globe—inclusivity, diversity, and global citizenship. But when we take a silent meander through the halls, classrooms, playgrounds, and offices, what is the real story being told? Is it truly representative of our students and our society? Is it one of individuality or one of conformity?

The reinforcement of the gender binary (the classification of two distinct genders, male and female) is present across the spectrum of school life, often hidden both in plain sight and in places we don’t always think to look. As educators, it is important that we learn to see how this binary can affect some students and take the responsibility of creating an environment where all students feel a sense of acceptance and belonging.

My husband and I are Primary Teachers and we have two young children who currently identify as boys and use the pronouns he/him/his. Our oldest, in particular, has a strong sense of what makes them who they are; to the world some would say he is gender non-conforming. If you ask him, the reply is, “I’m just me!” This is a child who loves sports and reading in equal measure. When choosing clothes, he loves bright colours and sparkles and has long hair, hair that is almost to his waist (his little brother’s is quickly catching up). Both are often mistaken for girls and handle it with a surprising grace that exceeds their young ages. Trying to be understanding that people in society generally make assumptions when they see long hair and bright colours, not because they are mean but because that is what they have been taught.

Those of you who are parent-teachers know that when looking for potential jobs you scour school websites with two different lenses before applying: one as a potential teacher and one as a parent. Pre-kids, we started job searches by critically looking at schools based on their curriculum, school values, etc. As parents, however, our inquiry lens changed; we found ourselves starting our school research at the school uniform policy. I’m sure some eyebrows will be raised by this statement. But it is genuinely where we would start. Every. Single. Time.

Before having my own kids, it never would have occurred to me that this would even be something to consider. But there we were with the uniform policy becoming our first benchmark of whether or not this was a school worth pursuing. This was where we would begin to know if our children would be accepted and allowed to express who they truly are or not. These policies can tell you straight away where a school stands on issues of gender and identity and a surprising amount have policies that clearly state that boys cannot have hair longer than the top of their shirt collar, that dictate skirts for girls and shorts/trousers for boys.

Jumping ahead to packing up our London life and heading off with our then two- and six-year-olds to Malaysia, we were beyond excited. The school was a great fit in so many ways.  Our kids thrived in their new environment, but there was also teasing about long hair, cries of there being “a girl in the boys bathroom,” and tears of frustration.

Now, we are realistic parents, we talk openly with our kids about how the world can perceive differences, ways they can react and stand up for themselves and others when questioned or teased. To be clear, we had experienced this before in their nursery and state school back in the UK, but this was the first time we were in a real position to affect change from within. It was the first time we were teachers in the same school as our children.

In fact, there was a clear moment for us when we knew that we needed to be the ones to act. Our oldest (then age six) was sobbing at bedtime because some kids just wouldn’t stop teasing him and out poured the statement, “The thing is, Mummy, if I cut my hair they’ll stop teasing me, but I will be sad because that’s not who I am. If I keep my hair they’ll keep teasing me and I’ll still be sad. So either way, I’m sad.” Our hearts broke.

We knew something had to change and we knew we had supportive allies in our friends, colleagues, and admin. We’re all familiar with the response that is often used when children are teased or made fun of. Too often it is tackled by adults with “That’s not nice” or “That was unexpected.” But when we are dealing attacks on identity—race, language, culture, religion, gender, and sexuality—we must begin to go deeper. We needed to model. We educate. First ourselves, on all the ways that discrimination permeates our systems, as well as its long-lasting impact on our students and then our community.

So this is where we began. Working together with another teacher parent, the three of us began to ask for time in faculty meetings and facilitated conversations about gender and breaking down the binary. We had to look at what gender and gender expression is and isn’t and its fluidity. We talked about the spectrum of gender and reflected on our own internal assumptions and biases around this subject. And then the question was: What can we do that will make a difference?

We started with the knowledge that the language we use and the stories we share in our community matter. We know that when children see themselves represented and hear it in the way we speak it has a profound impact on their sense of self and identity.

And so the cultural shift slowly began to happen; around the school you could hear adults begin replacing, “Okay, boys and girls,” to “Okay, learners/class/readers/scientists…” Book lists were made and some began to read stories to their classes that challenged not only gender stereotypes but also challenged the gender binary. A track and field day that had traditionally had boys and girls in separate competitions was now mixed. And when creating next year’s classes, gone were the pink and blue cards and in were the options of boy, girl, or other.

This is the start of a journey, but I believe by sharing our personal story and by asking for the time and space we were able to help others to see that these small changes can have a huge impact on all students in broadening their understanding of those around them. You never know which child sitting in the room might just need to see and hear that expressing who they truly are is valued.

Now, this is only the beginning of a long journey in education. Vital conversations are happening around the globe in international schools on the topics of racism and discrimination, how school policies and systems perpetuate these practices, and how we can start breaking down these barriers. When we begin to unpack and truly examine ourselves and our schools and find where the discrimination lies, we begin to see all of it—not just gender, not just race, but all the ways in which we need to work to break down the systems and policies that perpetuate biases within our school walls. It is time to critically examine our curriculum and ask ourselves who is being represented here and who isn’t. Whose story do we need to hear?

Jen Hardie (she/her/hers) is a Grade 3 teacher and Service Learning and Sustainability Co-Coordinator at the International School of Kuala Lumpur. She is passionate about social justice and empowering students to use their voices to affect change.