Leaders of Color Launch “I Am Not a Virus” Campaign

The Association of International Educators and Leaders of Color decries anti-black discrimination in China prompted by the coronavirus pandemic and insists that schools respond.
By Meadow Dibble, TIE Editor
04-Jun-20 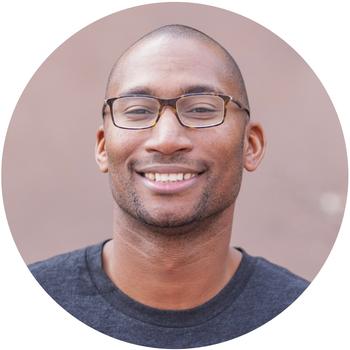 Medical experts understand the importance of properly naming what ails us. That is why the International Committee on the Taxonomy of Viruses went to the trouble of bestowing a distinctive name on the novel coronavirus that first manifested in Wuhan, China at the cusp of 2020. Identify a disease and you can diagnose it. Diagnose it, and you stand a much better chance of effectively treating it.

In the absence of an International Committee on the Taxonomy of Discrimination, however, it was left to the hivemind that is the internet to come up with “coronaracism,” a term describing the particular brand of anti-Asian hostility that has frequently been reported since COVID-19 outbreaks began flaring up outside of China.

After a number of incidents in February led French Asians to inaugurate the #JeNeSuisPasUnVirus hashtag on Twitter, #IAmNotAVirus became a rallying cry for Asians everywhere as they found themselves the target of similar abuse on public transportation, in stores, and over social media, where President Trump’s inflammatory references to the “Chinese Virus” have only amplified prejudicial rhetoric.

What then shall we call the virulent anti-black racism endured by Africans, African Americans, and other people of African descent in China over the past few weeks? In effect, as certain regions have experienced a resurgence of COVID-19 cases, this population has increasingly become the scapegoat’s scapegoat.

According to the Associated Press, which began reporting on anti-black discrimination in China beginning in early April, much of this abuse appears to be concentrated in the city of Guangzhou, home to an estimated 300,000 people of African origin. Many have been evicted from their apartments and forced to sleep on the street. Some, conversely, have been locked in their homes and prevented from leaving, subjected to a heavy-handed forced quarantine without ever having tested positive for coronavirus. Many more have been refused service at various businesses.

In launching a campaign to engage the international education community in efforts to put a stop to these incidents, Kevin Simpson, founder of the Association of International Educators and Leaders of Color (AIELOC), did not feel compelled to invent a catchy name or brand this egregious show of prejudice with a flashy hashtag. After all, the virus that plagues us may be novel, but there is sadly nothing new about the resurgence of age-old racist tropes in times of crisis.

Instead, this team of committed educators simply appropriated the existing #IAmNotAVirus hashtag, claiming for people of African descent the same right to a personhood free from prejudice to which Asians have lately insisted they are entitled. It is a subtle but powerful way of pointing out the devastating irony in the Chinese oppression of Africans even as the Chinese rail against the unfair treatment they have suffered at the hands of others. It is also, quite simply, an outstretched hand. We are not viruses, AIELOC insists. Not you. Not us.

Diagnosis: off the charts

Like those in the medical profession when faced with a disease, experts in diversity, equity, and inclusion (DEI) often insist that the first step in promoting our collective recovery from the persistent social ill that is racism involves calling it out.

Among the many important principles listed in AIELOC’s “International Educator Equity Statement,” signatories pledge first and foremost to “Not wait any longer, but to speak up now about racism and all forms of discrimination in international education.”

Created in 2017 with the aim of supporting international educators and leaders of color and amplifying their work, AIELOC began as a Facebook page and has over the past three years developed into a dynamic organization focused on advocacy, learning, and research. Kevin and the other members of the leadership team—Geeta Raj, Marla Hunter, and Reem Labib—are hard at work to see that DEI principles are not only written into the DNA of international schools but are embedded in all their practices.

Racial discrimination is a common feature of the international education sector, according to Kevin, who spent 10 years as a classroom teacher—both in the U.S. and abroad—and another 10 as a professional development consultant, coach, and thought partner. It often takes the form of microaggresssions, he explains. Comments that present as compliments but mask a presumption of inferiority, such as, “You are so well-spoken.” Or, “Did you actually write this?”

The most powerful in this class of discriminitory practices is simply being ignored, Kevin feels. All of these he has experienced first-hand. What he learned from his colleagues, however, is that others have been subjected to worse.

Many are “not even given a chance to interview for positions,” the AIELOC statement reads, or to “speak or publish in the international school community.” Backing up even further, there’s a pipeline issue: are educators of color even familiar with this sector?

Kevin Simpson figured his family and friends would be stunned when they learned he had accepted a job teaching overseas—and in Laos, no less! Strange as the choice would undoubtedly seem to some, and hard as it sometimes was to wrap his own mind around this new reality, in many ways it made perfect sense.

Growing up in Flint, Michigan in the 1980s, Kevin had spent a lot of time at his local library pouring over books set overseas and imagining what life might be like elsewhere. His mother’s family had been part of the Great Migration, moving up from the Jim Crow South to secure work in Michigan’s automotive industry. For much of Kevin’s childhood, his father was stationed in Southeast Asia as a member of the Air Force. It was at age 19, after winning an all-expenses-paid trip to Benin in West Africa, that Kevin was able to travel abroad himself for the first time. The experience was transformative.

On graduating college, Kevin had everything an aspiring international educator needs: a passion for teaching, a valid passport, and a deep curiosity about the world. What he lacked, however, was the first clue that this alternate reality that is international education even existed, or any indication that someone who looked like him would be welcome there.

It was thanks to a chance encounter while pursuing his master’s degree at Michigan State University that Kevin learned his teaching credentials could serve as a passport to the world. A new acquaintance from California mentioned in passing that he would be returning to London in the fall to resume teaching.

The young man assured Kevin that the school where he taught was in fact in London, England and let him in on education’s best kept secret—that there are loads of English-medium K–12 schools around the world looking to hire teachers like him. Kevin promptly invited his new friend to lunch and grilled him on the details.

It wasn’t any specific piece of information he learned that day that persuaded Kevin to eventually pursue a career in international education. “The most powerful thing,” he remembers, “was to hear all this from someone who looked like me—another African American. It was a real awakening.”

After getting his master’s, Kevin landed a job at a school in Fairfax County, Virginia where the wonderful diversity of the student body reinforced his conviction that, “where I live and work, I want to be around people who don’t think what I think, believe what I believe, look like me, or love like me. I want to always be in those places and spaces that are going to push me beyond my upbringing and beliefs and views.” Which is how he came to accept that first international position in Laos.

Today, Kevin is committed to helping educators of color not only find their way to international education but also advance into leadership positions. It’s work that involves a good bit of mentoring. Mainly, though, it’s about promoting a shift in the underlying conditions.

06/11/2020 - Francis
Learning moment for me. 06/10/2020 - Cindy
This is a great initiative and long overdue. Kudos to Kevin and the rest of the AEILOC team for opening-up eyes, ears and most importantly, doors of opportunity for people of color at international schools around the world!