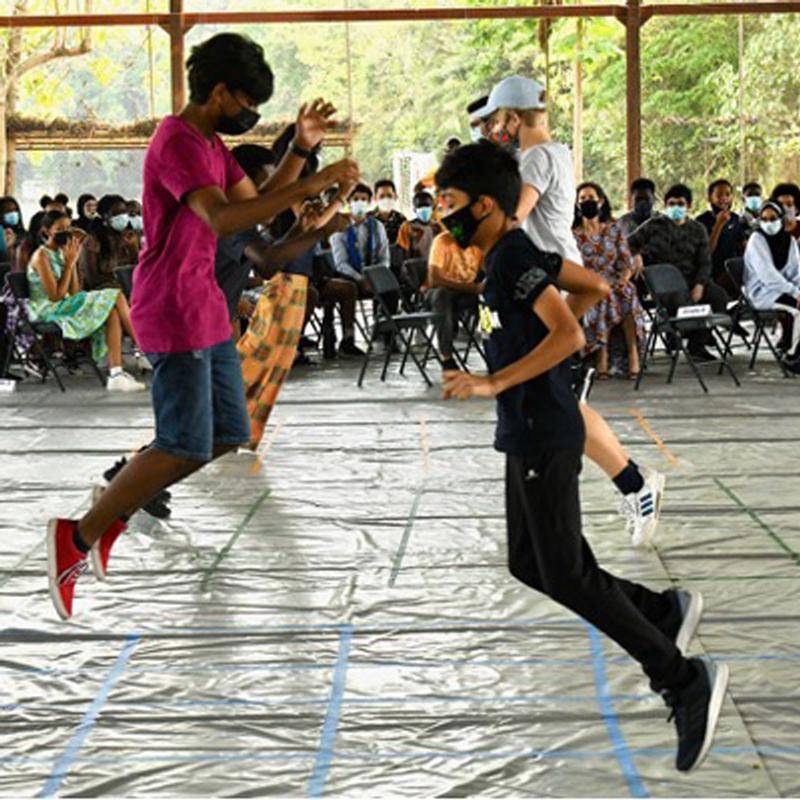 The American School of Kinshasa (TASOK) celebrates Congolese culture every year for a week in October. This tradition, known as Congo Week, has been in place since 2009. It provides an opportunity to celebrate and appreciate Congo's diverse culture. Over the years, students have participated in a variety of special activities that explore this culture.

Congo Week was created in 2008 by The Friends of the Congo (FOTC) organization as a response to the ongoing conflicts in the Democratic Republic of the Congo (DRC). The founders envisioned a platform where people could learn about the DRC's rich history and culture. They also wanted to address some of the issues that are affecting the country today. TASOK started celebrating and commemorating Congo Week in October 2009. It began as an elementary event that has now transformed into a school-wide experience that continues to educate us all. 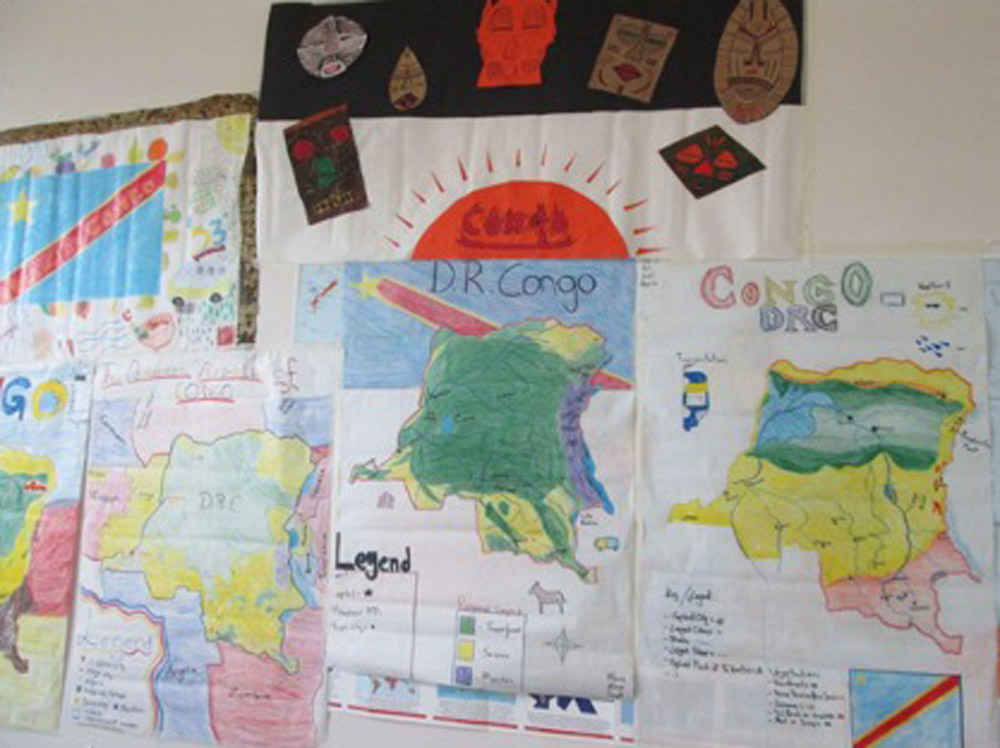 Congo Week is organized on two levels, by individual classes and as a whole-school event. On the class level, teachers are encouraged to incorporate aspects of Congolese history and culture into their classes. This has included reading literature from Congolese authors, as well as learning songs and dances. Additionally, they have explored local art and the Congo's geographic significance. 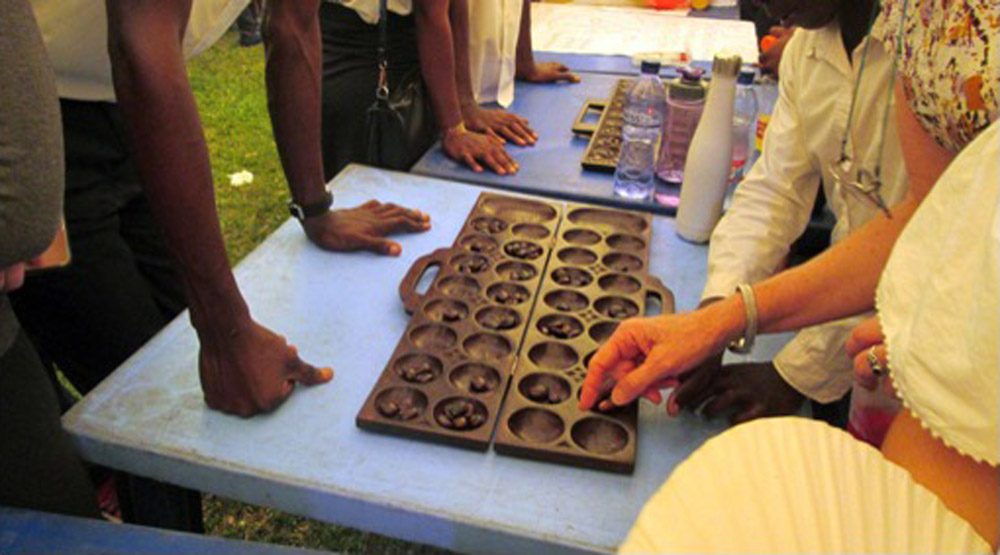 Teachers have introduced several games into their classrooms, including Aisha and Igisoro. Aisha is a jumping game that is primarily taught in physical education classes. Igisoro is a board game often learned by students during math. This game is popular throughout Africa, but the rules and names vary. Ngola is the Kinshasa version, but Igisoro is from Bukavu and Goma.

Additionally, students have learned about Congolese individuals who have made notable achievements. Thérèse Kirongoza, an engineer who created traffic-regulating robots, is one of these individuals. Her robots are now used in two Congolese cities. We have also looked at Everiste Mfaume, a humanitarian and human rights activist. He received the United Nations High Commissioner for Refugees’ Nansen Refugee Award for Africa in 2019.

These are just some of the activities that have been done on the class level by teachers over the years.

In Lingala, the native language spoken here in Kinshasa, To Sepela means "Let Us Celebrate!"

There are several engaging activities at the whole school level to observe Congo Week. These are scheduled throughout the day to ensure smaller groups and a more personalized experience. Every day, students and staff are encouraged to dress in pagne, the colorful fabrics traditionally worn in the DRC. Some classes have even chosen to wear the same type of material but in different styles. We collect data on the class that wore the most pagne during the week, which counts towards the Congo spirit award.

Here are a few past activities students found enjoyable:

Since food is an integral part of Congolese culture, we arrange cooking demonstrations. Students can watch how traditional meals are prepared before eating. They have learned how to make several dishes including Makemba, fried plantains, and Pondu, a dish made from cassava leaves. Mikate, a deep-fried dough, is a favorite throughout the school. Mikate is the local variation of beignets.

The Congo has approximately 200 ethnic groups spread across its 26 provinces. Each tribe has its own language, festivals, and traditions. Members of the school's atelier team are proud to be from various tribes across the country. They have led tribe talks, where students are given a glimpse into the tribes they are from and learn about their customs and traditions. Students might also learn words or phrases in Kikongo, Lingala, Tshiluba, or Swahili, which are the four national languages. 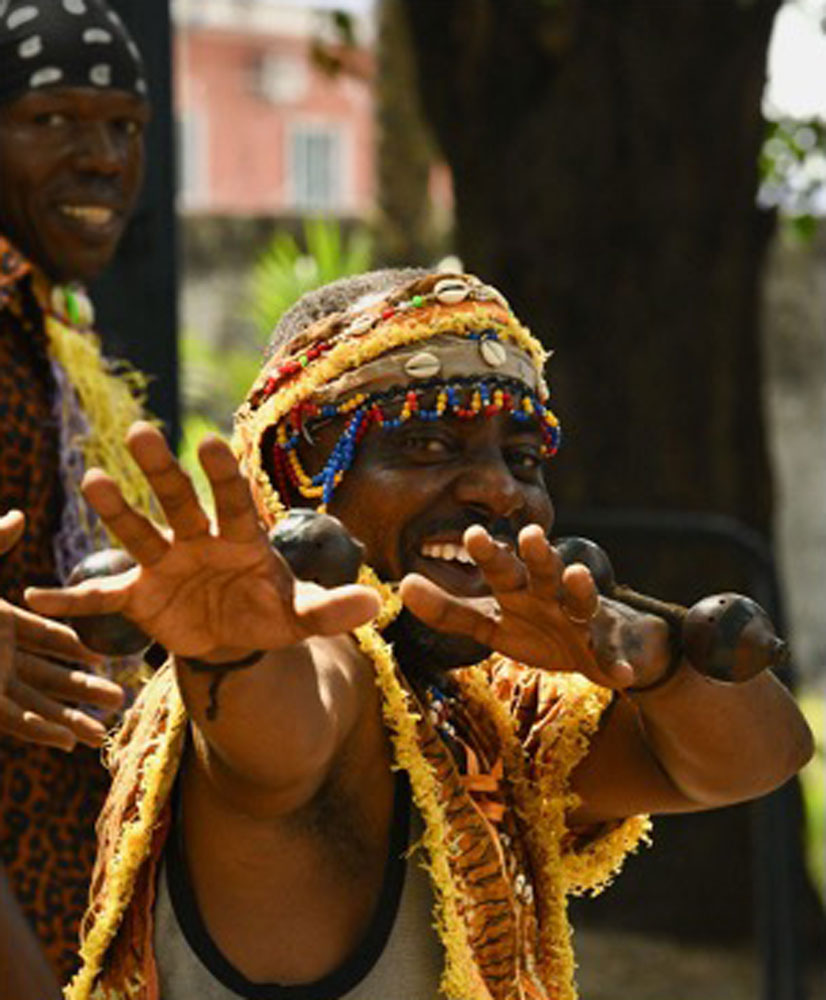 The Congolese are well-known for many things but one, in particular, is their dancing. The dance activities offered during Congo Week are always a hit. Students learn the fundamental steps for several traditional dances, including the Congolese Rumba. The United Nations Educational, Scientific and Cultural Organization has added the Congolese Rumba to its intangible heritage list. This list recognizes traditional arts passed down from generation to generation.

TASOK's Congo Week culminates with a whole school spirit assembly and pep rally. This is usually a grand event that includes the pagne contest results and the awarding of the spirit trophy. The assembly concludes with music and dance from various groups, one of which is Papy Pemby Dance Tutangoma. Among the most interesting guests was a group known as Sapeurs. The Sapeurs are a unique group of Congolese men and women known for their elaborate attire. The origins of La Sape, as they are also known, can be traced back to the early 1900s. They have an air of confidence as they walk the streets, bringing joy and entertainment to onlookers.

Congo Week is an annual celebration of Congolese culture that has become a highlight of the school year. It aims to explore and celebrate the country, its people, and its history. It brings together students, teachers, and parents from all over the world, uniting them under one roof with a common goal, to learn more about African culture and traditions. This year's celebration, which took place from October 17 to October 21, 2022, included a visit from a Congolese puppeteer and traditional dance and drumming sessions among other wonderful events.