Are We Preparing Our Students for the 4th Industrial Revolution? 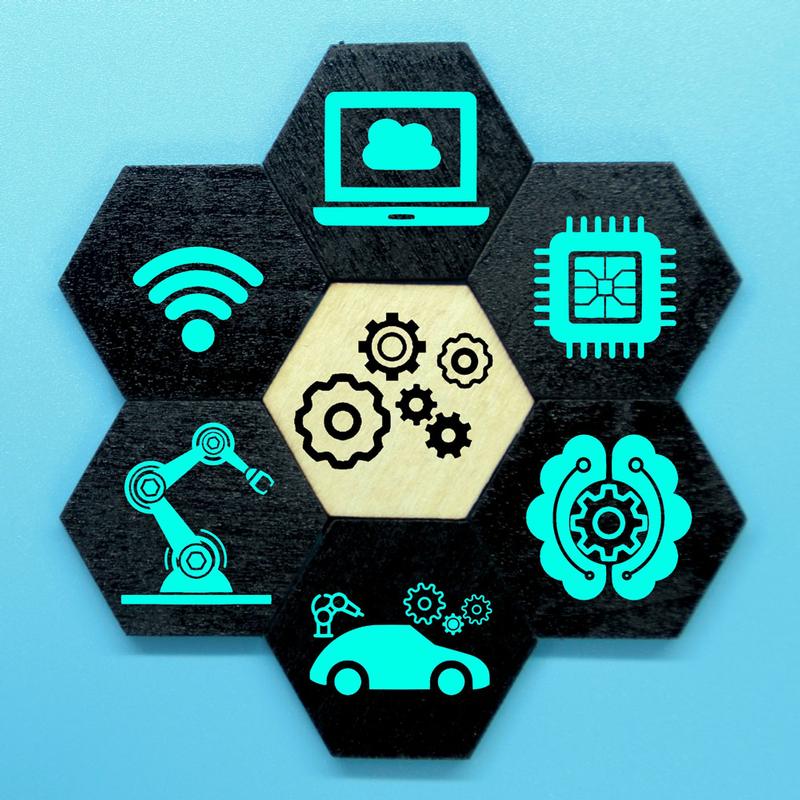 I recall the first time I watched Sir Ken Robinson’s Changing the Paradigms on RSA Animate. I was inspired. I passed it along to many of my educator friends and we would discuss how he was so accurate in his description of education. Quickly, the video became the cornerstone of many Teacher Orientations, Annual General Meetings of the School Boards, and just about every other place that education had a foothold. Do you remember this? Sadly, this was almost 12 years ago, and little has changed. What happened? Where did all the excitement and enthusiasm go? Why haven’t we seen the change we all discussed?

As educators it is our job to prepare our students for a future that does not currently exist. As educational leaders it is our job to prepare our teachers to meet this challenge. Are we doing that or are we just paying the same lip service to innovation and change while doing essentially the same thing? I certainly don’t mean to suggest that we’ve done nothing but rather that we continue to do the same things we’ve always done.

Klaus Schwab, founder and executive chairman of the World Economic Forum, and author of the book The Fourth Industrial Revolution, credited with labeling the term the Fourth Industrial Revolution, defined it as, “(t)he blurring of boundaries between the physical, digital, and biological worlds. It’s a fusion of advances in artificial intelligence (AI), robotics, the Internet of Things (IoT), 3D printing, genetic engineering, quantum computing, and other technologies. It’s the collective force behind many products and services that are fast becoming indispensable to modern life.”(https://www.salesforce.com/blog/what-is-the-fourth-industrial-revolution-4ir/)

Many believe that this new time will be a time of radical change and innovation. The question remains, how are we changing the current model to best meet this demand? I’ve spent a lot of time thinking about this question. The conclusion I have is that we know we need to change, but we don’t know how to change. There is a certain amount of fear in shaking things up. I often live the phrase, “I want to be on the cutting edge…I just don’t want to be on the bleeding edge.”  Perhaps it’s time to take some risk. Here are a few thoughts on how we might begin this change.

Why is curriculum so expensive? There are so many variations (I won’t list them), but we all know that it is expensive. What would happen if we made curriculum an open platform? It wouldn’t be difficult to align it to various standards and in fact it might even be interesting to look at the gaps or alignment among those standards. The problem is that we pay an awful lot to “buy” curriculum and their assessments. Make it free. Think of the possibilities of an open-source, collaboratively built curriculum aligned to any number of standards. Simply click a button and the standards change from one to another. If we really want to impact the work of DEIJ (Diversity, Equity, Inclusion, and Justice) then make it free!  Why do only the “rich or elite” schools have these options? I believe that people could embrace this idea but who wants to be first…maybe me and a few others.

Create courses that inspire our students. How excited are students to enter English 9, Civics, or History? They aren’t excited! Create courses like: The origins of literature – Storytelling to the Kitchen Table, The Moral Dilemmas of a Globalized Society, or How Religions (all of them) Play a Role in Civilizations. Course titles like this automatically shift our thinking from knowledge based to higher levels of learning. Why does Yale get to corner the market on its Happiness course? We can teach our standards through courses that inspire students. To really shake things up, why not add Python, C++, JAVA, or any other coding language to our language options. The ability to “speak” computer code will be critically important in the future. Give our students a language that is pliable to skills and jobs that do not currently exist.

We live in a world where content is constantly changing. The fundamentals are critically important but skills are what will change the world. Skills should be taught with the same degree as content. They should be planned, taught, modeled, and assessed. I always consider the questions I ask in an interview and those that are asked of me. Rarely are these questions based on content, but on the skills or my application of the content. The gem here is that skills will likely rarely, if ever, change. Teach children the higher levels of Bloom’s Taxonomy. Educators could look at their lesson plans, their formative and summative assessments, and their classroom practices and chart the level of Bloom’s Taxonomy. When we see trends, we can begin to look at ways to elevate those tasks to higher levels. Teach our staff and our students to embrace technology skills. I recall when teachers would argue over the use of a calculator in the classroom. That argument hasn’t shifted much…now it’s the cell phone. These are great tools but the skill to use them needs to be planned, taught, and even assessed in a way that shows how they impact teaching and learning.

These are a few ideas that I am kicking around. They aren’t perfect but they are different. Will they radically change things? I’m not certain. I suspect that they are a significant step in the right direction. The fear is that we go this alone. This doesn’t have to be a competition. In fact, our thinking will be better and stronger when more of us collaborate on these ideas. There are great thinkers out there already pushing some of these ideas, but it requires educators to come aboard and work towards a common goal. I’m looking forward to making this shift because our students are worth it. Come join me.

As a first person in his family to enter university, Josh knew he wanted to be in education. He attended Millersville University of Pennsylvania where he obtained a Bachelors in Elementary Education in 1995. Upon graduation, he began working as a Mental Health liaison for a school where he was called to support principals in finding solutions to best support some of their most challenging children. Additionally, he was teaching middle grades math and science to students at an alternative school. In 2000, he completed my Masters in School Administration at Edinboro University of Pennsylvania and moved to North Carolina. He worked in North Carolina for 10 years with the last four as the principal in Charlotte, North Carolina. He was strategically moved to a school that had a long history of systemic failure. In two years, they had made significant improvements and were featured on Edutopia. In 2013, he began working at the American School of Bombay as the High School Principal. After six years and making yearly improvements in their IB scores, he moved to Shenzhen, China. He began working with ISS (International School Services, Asia Pacific Office) as a Director of School Development where he helped facilitate teacher PD, created Quality Management tools for schools, and was responsible for all aspects of opening a new school in Xiamen, China. In 2021, he moved to Surabaya Intercultural School as the Management Advisor and oversees all aspects of the school. As they begin to transition out of a few difficult years, they are poised to make significant changes in the way in which they educate our students.

Is School Inevitable Anymore?
By David Willows May 2022