Humans of AAIE: Curators of Care 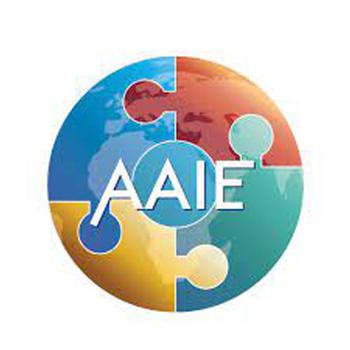 The Association for the Advancement of International Education (AAIE) held their Annual Global Leadership Conversation Humans of AAIE: Curators of Care in February 2022 and we were so pleased to have 100 schools from within our community joining us for the Virtual Conversation. In addition, members from the Office of Overseas Schools as well as AAIE's valued partners joined us as well. Hundreds tuned in for our virtual conversation given we were unable to meet face-to-face as we would have preferred. Many connections were made during the three-day event, and it was agreed that it was time well spent for all who participated.

The AAIE Global Leadership Conversation welcomed thought leaders at Graded School, The American School of São Paulo, Rich Boerner, Shannon Beckley, and Shauna Hobbs as they shared their school’s journey to ensure deeper learning by students at their school. They are doing some amazing work there, and we hope to continue this conversation in the months to come. Homa Tavangar and Will Richardson from The Big Questions Institute joined AAIE to discuss their new concept, “Creating Islands of Sanity - Leading Through Challenging Times.”  As we work together to ensure quality education, it’s important to recognize that feelings of isolation and loneliness may surface. In those times, employing self-care first is the key. 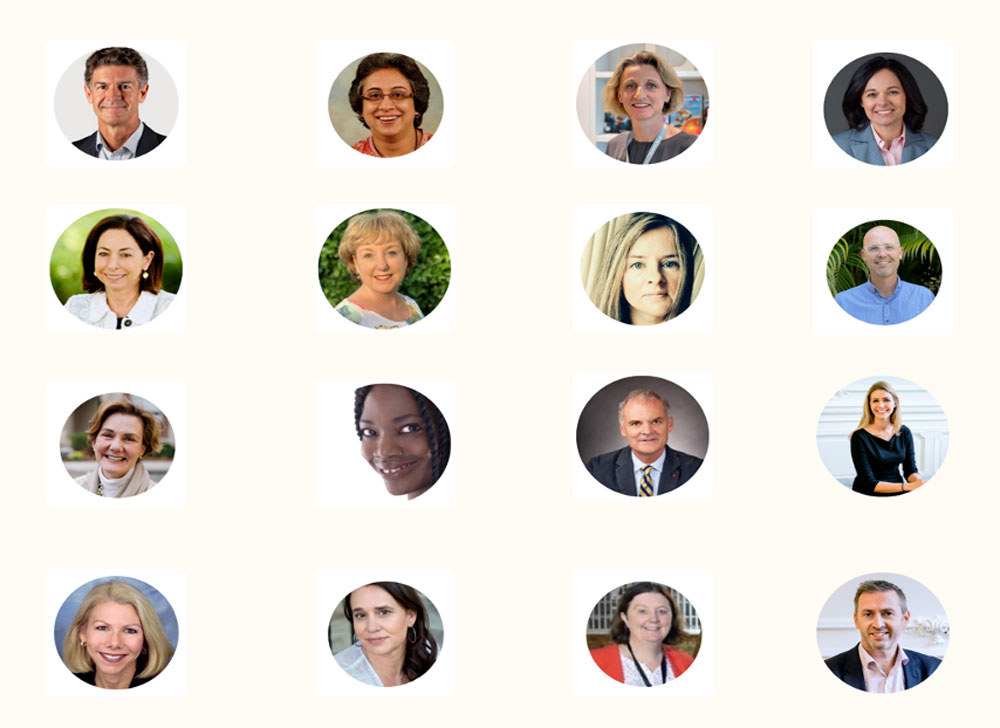 AAIE was privileged to hear from many thought leaders from international schools and organizations around the globe such as Kathleen Naglee, Fran Prolman, Tim Carr, David Willows, Suzette Parlevliet, Bridget Davies, Beth Pfannl, Pauline O’Brien, Shelley Paul, Marsha Maxwell, Shabbi Luthra, Thomas Oden, Rachel Hovington, Reid Mizell, Adam Slaton, and Ginger Carlson to name a few! Highlighting the outstanding work being done in many of our schools globally was rewarding. We were also privileged to hear from a panel of accreditation agencies on strategies around curating a board of directors that are invested in care.

AAIE also heard from Dana Watts, Director of Learning, Research, and Outreach from International Schools Services, and Homa Tavangar who showcased AAIE’s New School Project. This year-long project that germinated in the early days of AAIE’s collaborative weekly calls set the guiding principles that AAIE has shared with the community. The thought leaders who worked on this exemplary project brought together the thinking that will help guide international schools as they forge forward into the next normal. The Seven Principles of the New School Project will be showcased and used as guideposts for the future. Adaptive Change, Capacity, Community, Equity, Evidence, Learning, and Well-being will be at the forefront of all we do. 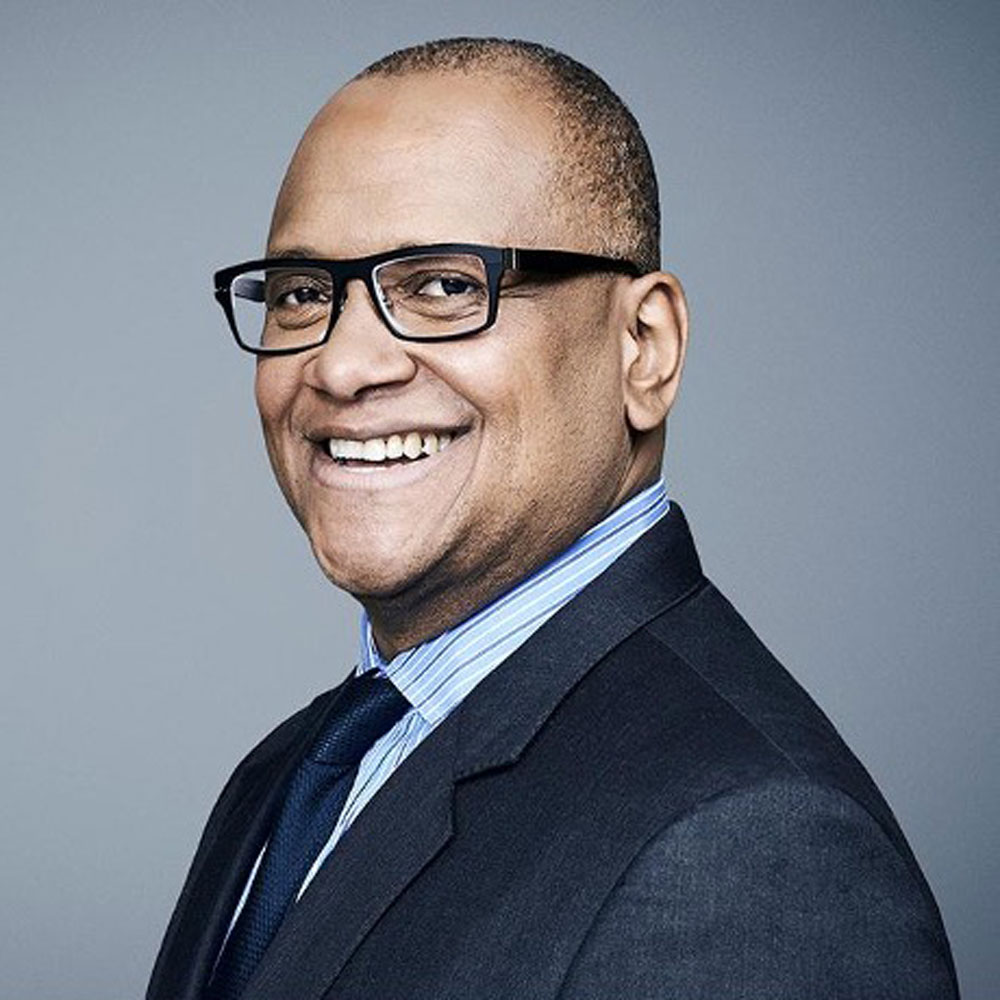 The AAIE Annual Global Leadership Conversation Keynote speakers included a presentation from Marcus Mabry, Senior Vice President of CNN, as he brought to the forefront the value of education and how it had made a difference in his life. Growing up in Trenton, New Jersey, he came to value education and took the opportunities needed to move forward. He was given the opportunity to enroll in The Lawrenceville School which then led to Stanford University, the Sorbonne, and Institut d’Etudes Politiques de Paris. He spoke of the challenges he encountered in his life that didn’t impede him but motivated him to move forward. Mabry’s journey began with Twitter, then The New York Times, The Washington Post, and then CNN.  His career led him overseas which afforded him a unique understanding of AAIE’s community and the value of international schools. 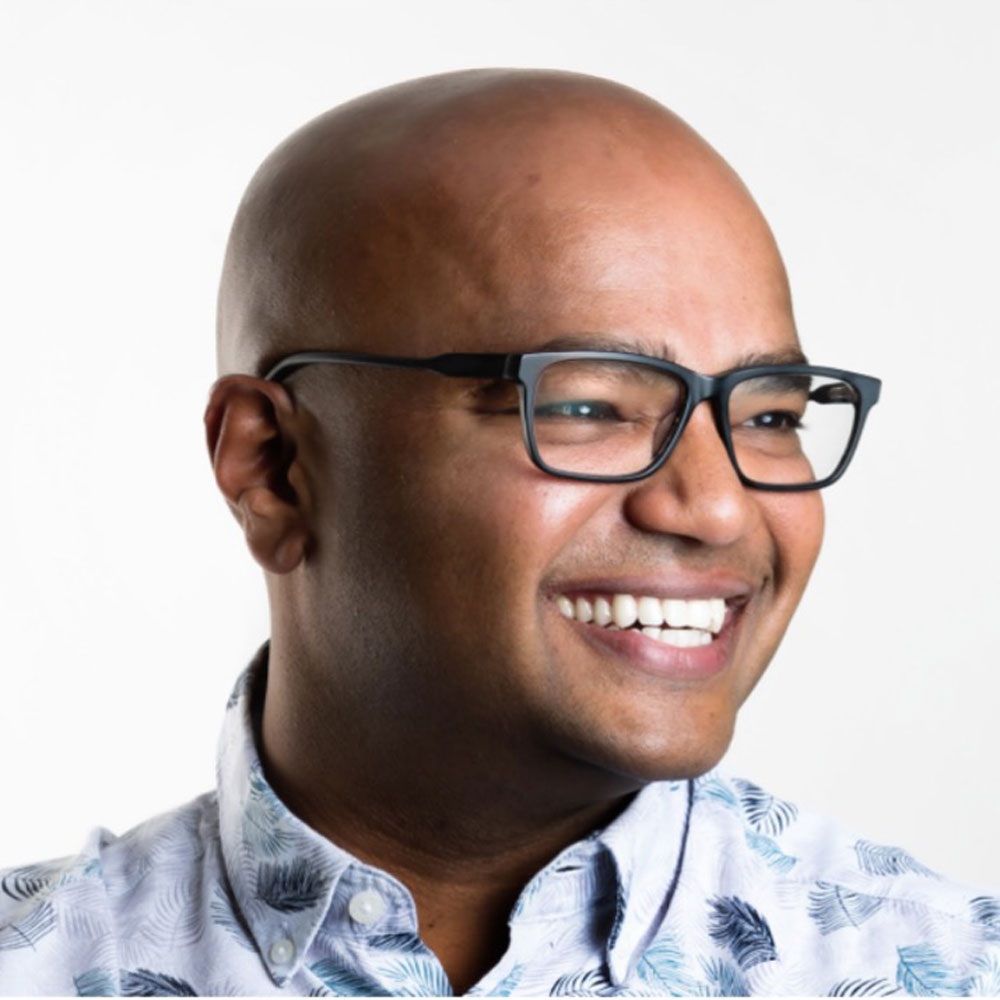 Lalith Wijedoru, CEO of Behind Your Mask, spoke with us about the value of storytelling. Wijedoru, himself a graduate of an international school within the AAIE community, had a strong message about the value of “careful listening” to those around us and the importance of ensuring that the stories shared brought people together. Wijedoru’s background in care as a physician resonated with the theme of the AAIE Conversation ensuring that we not only had a strong understanding of ensuring that we take care of others, and also ourselves. He also held a breakout session on Tuesday where he led school leaders from our community through the pathways of telling their stories and guiding others to ensure they not only listened but listened well. Wijedoru’s message is all about connecting and then reconnecting, with stories being the supporting threads of those connections. An invaluable message to say the least. 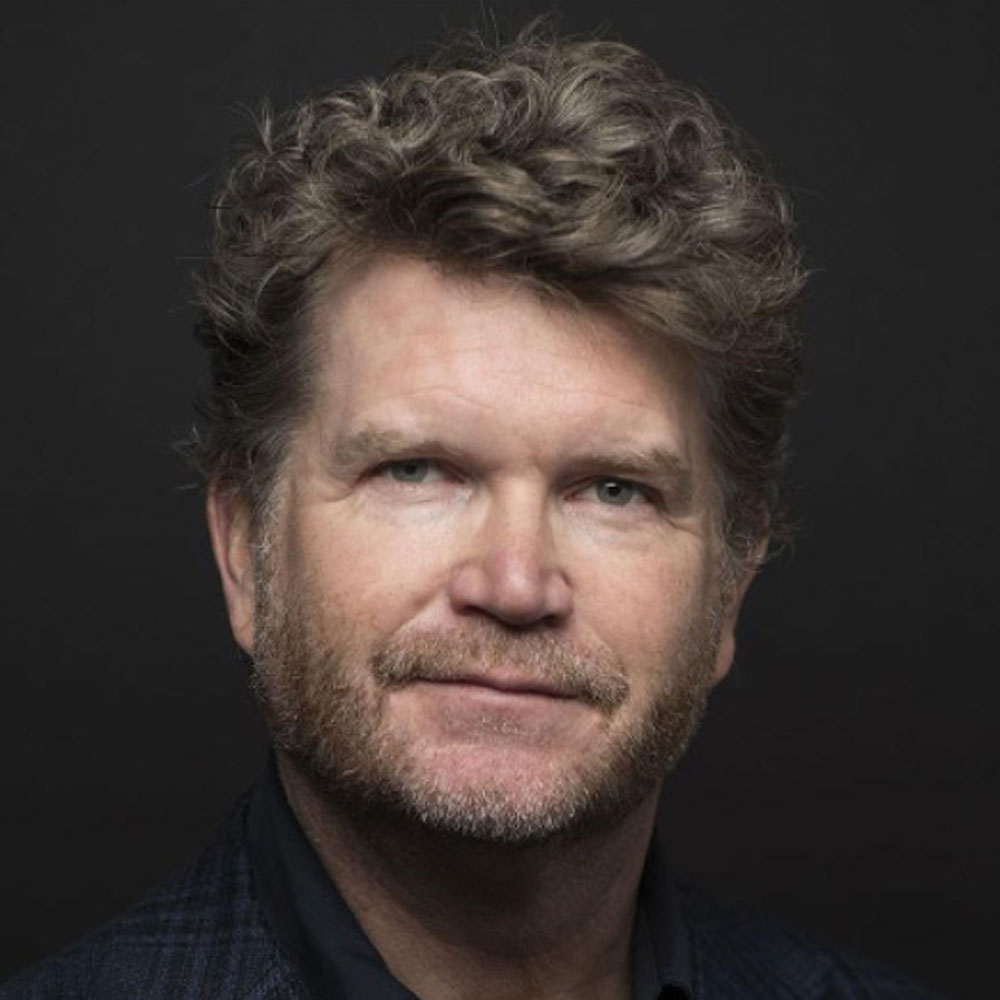 Matthew Barzun, author of The Power of Giving Away Power, joined us during the Conversation with Dr. Fran Prolman moderating the session. Barzun spoke about the value of leading from the perspective of “constellations” rather than from a pyramid perspective. The concept of constellations allows for all members of a group to bring their knowledge and expertise to bear on an equal footing with others in the group facilitating collaboration. working together and getting the job done. Barzun promoted the idea of giving away power, the subject of his book, to allow for growth, new ideas, and collaboration to effect successful forward movement. Barzun used his thinking to modify how entities could be fashioned to ensure success. 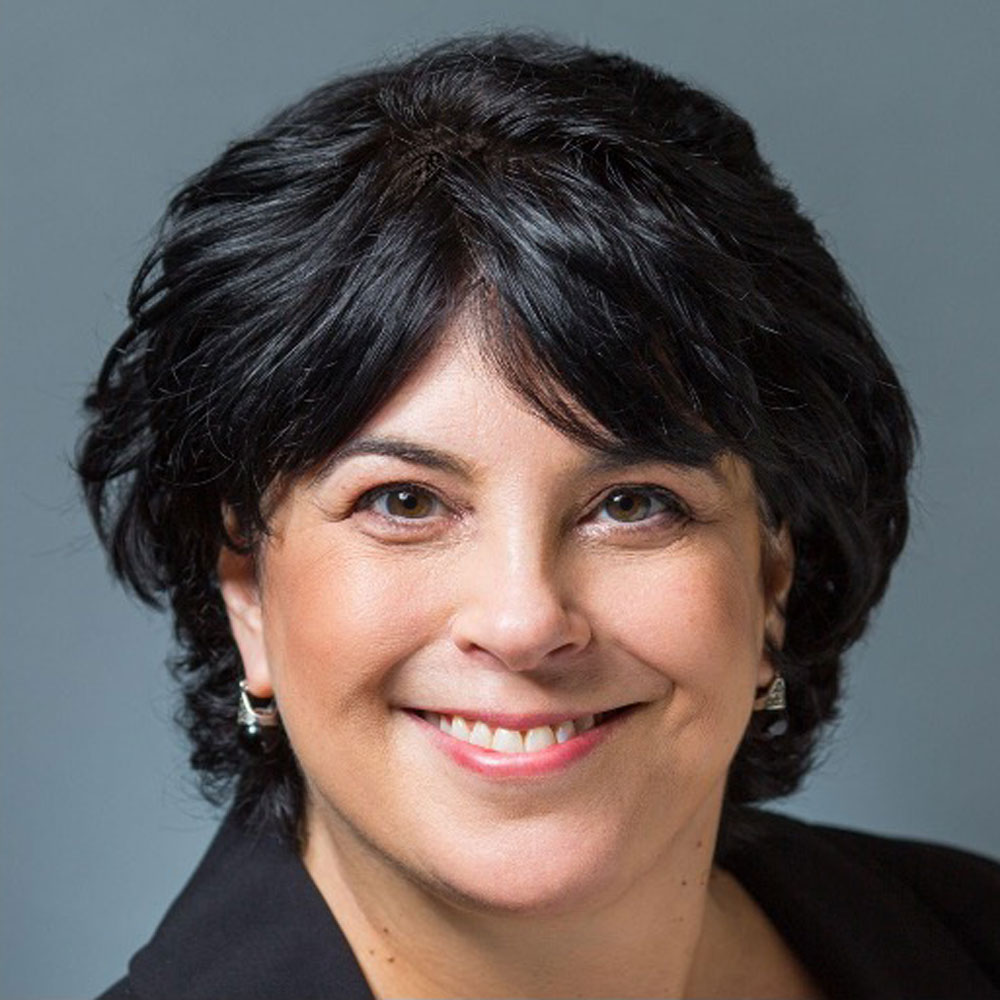 Our final keynote speaker was Michele Gelfand, Stanford University professor and author of Rule Makers and Rule Breakers. Gelfand focused on how communities work together, some within a strict set of rules compared to others who worked well in communities with a loose set of directions. Drawn from her bestselling book, there is an interesting juxtaposition surrounding how the world works together, as well as to how these two opposing strategies battled during the pandemic.

AAIE continues to strive to provide excellence in programming to support its community of exemplary leaders. We are so very appreciative of everyone who not only shared their work with us but for the community’s rich participation in each session as well.

With an eye toward the future, we are very much looking forward to the next long awaited, in-person AAIE Global Leadership Conversation being held in Washington, DC in February of 2023. More details to come and we hope to see you there!


Laura Light is the Executive Director of the Association for the Advancement of International Education.