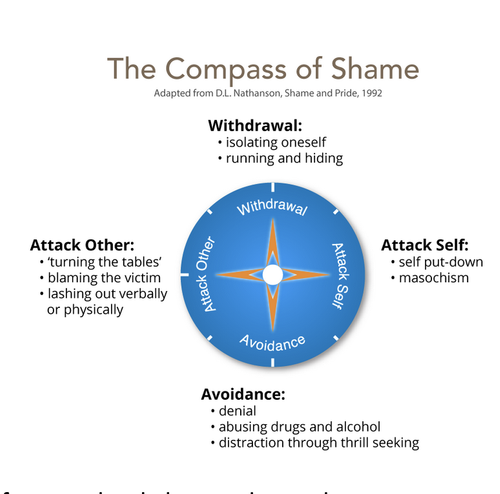 As I began this action research, I was overcome with the deep satisfaction that came from being able to channel my professional energies into my personal family life, and much to my encouragement, this was validated by the International Institute for Restorative Practices. My starting point was to engage with my family members by asking them to reflect on different aspects of our family life and their levels of satisfaction with our relationships.

Reflecting on what was being said, I decided that the most obvious and crucial strategy was to introduce daily proactive circles that take place every weekday evening to “check in” as a family, with reactive circles also being adopted as and when necessary. I also identified the importance of increasingly using affective statements between my wife and myself, with a view to express emotions and bypass arguments.

The use of affective statements and affective questions are integral to the Restorative Practices (RP) continuum and are commonplace in restorative schools. They are generally “I” statements that allow the listener to understand how someone is feeling and enable a teacher to connect the student to how their words or actions are positively or negatively affecting others.

With my children, I chose to make standard the practice of small, impromptu conferences when harm had been done and to utilise affective questions. These are all strategies I have tested in my context as an educator in various settings, but I had never sought to consciously implement them in my family life. Having had success with these strategies as a professional, I was confident that they would be effective in my home life as well.

In my experience, affective questions are extremely effective. They go one step further than affective statements and encourage the individual (the wrongdoer) to reflect on their actions and consider who else has been affected. This helps to promote strong relationships whilst discouraging negative behaviours.

I also felt that I could introduce a basic understanding of psychological concepts such as Nathanson's Compass of Shame, a foundational component of Affect Psychology in RP which builds upon the work of Silvan Tomins. According to Nathanson, humans react differently when they feel shame. He identifies four poles identified with our reactions to shame: withdrawal (running and hiding); attacking self (masochism); avoidance (denial and distracting self through thrill seeking); and attacking others (by lashing out and blaming others).

I reasoned that this would help my children to understand their own behaviours as well as the behaviours of other people. Introducing the concept of the Compass of Shame would give us as a family certainty that it is not just us who face such issues—they are universal. It also provides a framework to help us understand one another's reactions when our positive affects are disrupted.

How did it go?

After years of study at various levels for various purposes, it gradually dawned on me that this ARP was to become the most meaningful project I have ever completed. I have always chosen to study subjects that I enjoy, but at times I had felt that my graduate studies were detrimental to family life, as often in the morning and evenings I was unavailable due to the need to study, which was far from ideal and contributed to a feeling of guilt.

However, from day one, this ARP became incredibly meaningful on both a personal and a professional level. As a mid-career professional, being able to focus on the intersection between Restorative Practices and my own family circumstances was the perfect combination. Of course, it was not all smooth sailing; I learned a lot about myself along the way and the project was not without frustrations!

Although my wife never explicitly stated this, before the project began, it became clear to me through conversation that she was not convinced by RP philosophy and methods, and I knew this would be an obstacle throughout the project. My wife and I have a cross-cultural marriage—she is South African and I am a Scot. We had different upbringings, language, and culture. Her uncle was a key player in the South African Truth and Reconciliation Commission, and Mandela had written the foreword to his book Peacemaking in South Africa, which was an inspiration to me, and evidently very restorative!

Nevertheless—from my perspective—my wife didn’t seem to intuitively latch onto RP philosophy as I had. I suspected she viewed RP as “the easy option” for the wrongdoer and “consequence-free,” fallacies which, in my view, reveal a fundamental misunderstanding of the restorative philosophy. It was my goal to convince her of the value of RP through the experience from our own family, not through debate and cerebral grandstanding. It also encouraged me to dig deeper into the literature in order to examine the criticisms and responses to restorative justice both in the fields of criminology and education (my wife has since informed me that she disagrees with my view; it was not RP philosophy she had issue with, but rather it was my timing and planning for family circle time which irked her!).

My first challenge appeared on the very first day of the project. I had intended to run a family circle, but that evening I was informed by my wife that she had booked a spa treatment, which clashed with that time. This was my fault as I had assumed she would be available. I quickly learned that clear communication, scheduling, and organisation would be crucial for success! After this initial obstacle, between January and March 2021, we eventually found our rhythm for running regular family circles and utilising affective statements and affective questions.

One example of a personal blind spot that I did not anticipate as being an issue was that of how I personally ran the family circle time. I have run many circles in my time as an educator. I have run daily circles on international school trips, proactive circles in class, reactive circles as Head of Year, circles as summative assessments, circles to identify weakness in learning... I have literally run hundreds of circles over the last 15 years. However, running a circle for your own family is a very different experience!

My wife didn’t hold back in bringing to my attention that I was running the circle in the same manner as I would have done as a schoolteacher (I can assure you, this is one guaranteed way to annoy your spouse!). From her perspective, she was frustrated by both my approach to the circle and also the timings of the circles (she felt that running a circle every evening was too much and it clashed with the bathtime / bedtime routine). What I was interpreting as the lack of interest in the circles from her, was her frustration at the way it was being led by me. On 3 February I recorded in my journal that “A final idea: maybe I will try asking Liza if she wants to lead the next circle?”

Fortunately, she was keen to accept this offer and her first decision was to amend the family circle time agreement form, which was on the family fridge. She added the words "friendly and light,” which was clearly her way of bringing more fun into the circle, causing me to reflect that perhaps I had been too intense in my approach. During February, after she had led her first circle, she stated that “We lightened the mood of circle time and I used the soft toy as the talking piece... At the end we had a group hug to give it that human connection... All in all… it made us feel closer and connected as a family... and was fun.”

By sharing the facilitation of the circle with my wife, she was able to show me that I was being too professional in my approach and that the circle needed to be adjusted for our family context. I recorded in my journal: “Taking on board my wife’s feedback, and inspired by reading other PLC forum posts, I decided to start the next circle off with some jokes. I took some scrap paper and wrote four jokes (one for each of us). The circle started by going from youngest to oldest, reading the jokes out loud and laughing at how bad they were." The key lesson for me here was that my mindset was too serious, which was a result of years of doing circles as a teacher, and that I needed to adapt for my family.

During my action research I kept a daily journal, and in the midst of the project, I recorded a challenging domestic incident that had arisen. My wife was upset as our two new puppies were causing mayhem in the house. It was rain season in Kenya and the distinctive Kenyan, iron rich red soil quickly turns to clay like mud that gets everywhere. We needed to bring order. That evening, I wrote “The silver lining in the cloud was that in the midst of the conflict, my wife said, “We need to have family time.” My ears perked up and I found this encouraging, as it showed that she was beginning to recognise the value of this. It was evidence to me that she was being persuaded of the value of the RP approaches that we had been embracing in our home and was a deeply encouraging moment for me in our journey.

The third and final article in this series will reflect on the personal significance of this Action Research Project and how the RP approach can be relevant not just to other international families, but also to international school transition programmes. The final article will be published in the next edition of Tieonline.

Taking Responsibility for Your Communications
By Jennifer Abrams Jul 2022