Part One: The Perfect Storm
By Alistair Goold
25-May-21 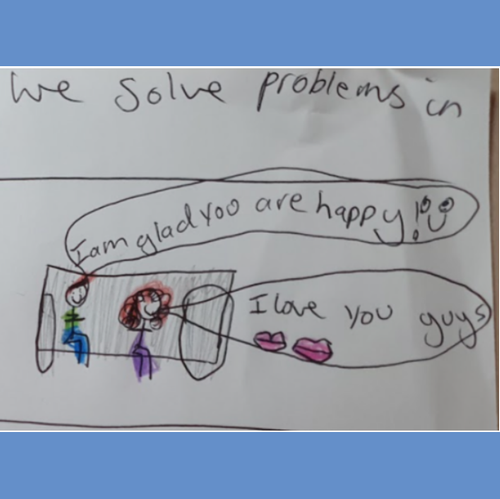 This article is part one of a three-part series. It has been adapted from the formal Action Research Project (ARP), which was submitted to the International Institute for Restorative Practices graduate school.

After nine years of international education in the Middle East, my wife and I made that decision that every international family must eventually make—it was time for change.  Life in the Arabian Gulf had been good for us, both professionally and personally.  We grew exponentially as IBDP teachers and had middle leadership roles. We had been able to travel widely.  Our youngest daughter was born in the Saudi Arabian city of Jeddah—known as the ‘bride of the Red Sea’.  We had dedicated several years of our lives to a not-for-profit high performing British international school.  Our children were happy.  We lived in a compound that was perfectly setup for young families.  We had been able to save well and invest in a home. We had many good friends and in many ways, we had inevitably put roots down.  But it was time to make a change.  For those of us who are international teachers, when it’s time for change, we intuitively ‘know’, and this was the case for us.  We wanted to experience something new, something different.  We knew that our transition was going to be difficult, but at that time Covid-19 was just a background issue on the news.  We had no idea that events were about to blow up the way that they did.

During our transition, we were deeply challenged and our personal relationships experienced strain and deterioration.  Like many international families, we have not been home to visit our extended family since 2019 and spent all of our 2020 summer on a compound in the Middle East.  So after a very uneventful summer, we faced the stress of multiple international flights, PCR tests and confusion aplenty in airports who had just reopened to international travel. Despite all of this, we made it to Nairobi on the 1st of August 2020.

Our first 14 days in Kenya were spent in isolation at our new home in Nairobi, and when we eventually resurfaced, we encountered a socially distanced world where most communications were done by WhatsApp and human interactions were limited.  It was a bleak way to begin a new life in a new context. During this time, as a family we had developed unhelpful habits of being short tempered, reacting to one another and generally not communicating well.  We knew that being  a family in transition would be difficult, but we hadn’t anticipated it to be as challenging as it was.

Upon reflection, we had a perfect storm of difficulties.

I have been committed to Restorative Practices (RP) since I first started teaching in 2005.  In 2007, I worked at a challenging inner city school in Glasgow, Scotland, where these methods were tried and tested.  In 2014, as a Head of Year with a responsibility for social and emotional wellbeing of my students,  I travelled to the USA to complete courses with the International Institute for Restorative Practices (IIRP) and since that time I have chosen to work towards an MSc in this field.  Despite this background and with all of my current circumstances, I felt an underlying sense of dissonance.  Throughout our stressful transition, as a family we were not living in accordance with ‘restorative’ values.  How could I convince others about the effectiveness of RP if I was not seeing the results of ‘healthier, happier relationships’ in my own family life?  There was an increasing conflict  between my professional and personal values and I was left feeling hypocritical.

Video: What are Restorative Practices?

In January 2021 I enrolled for the graduate module RP 525 Restorative Practices in Action with the IIRP.  I was presented with the opportunity to design, implement, and assess my own research project that would infuse RP into either my professional or personal setting.  Initially my aspiration was to introduce RP methods into my school context, but with lockdown and everyone on Zoom, this was simply not practical.  It was at that point I had an epiphany moment - I would dedicate all of my professional energies into my own family and conduct an Action Research Project (ARP), making myself and my own family the focus.  Could RP methods and techniques - the same ones used in schools worldwide - be successfully introduced to family life?  Would RP strategies help to break the cycle of negative behaviours that we had developed in our transition?  Could RP methods be used to help international families in transition?  Could we nurture healthier and happier relationships in our own family through RP methods?  Whatever the outcome, my family agreed to become the focus of my ARP.

So what did I do?

I dedicated January - March of 2021 to this project.  My goal was to design, implement, and assess a project that infuses the restorative methodology into my own context, inspired by the idea that practitioners, not just academics, can be valid contributors to knowledge communities.  As absurd as it seems to gather ‘data’ from my own family, this is exactly what I did.  My approach to gathering this data was several fold.  I conducted a ‘start and end’ survey for my family.  I kept a personal journal.  I stored recordings of WhatsApp voice and text messages between my wife and I. I made video interviews to ascertain and record responses from my children.  I requested short written reflections from my family at various stages of the project.  During the final week, we made artworks to reflect on life ‘before and after’ the ARP to help assess the impact that the RP approaches had made on each of us.  It was enjoyable to trace the transformation that occurred and to have evidence of this along the way.

I took the ethics of this research just as seriously as I would any other academic project.  To meet ethical requirements, I collected my evidence with a document of ‘agreed norms’ in place which was placed on the fridge door in the family kitchen, beside the ethics statement (I had permission to do this and agreed not to identify them by name in the final write up).  My kids were excited at the prospect of pseudonyms, but I settled for the rather boring ‘daughter 1’ and ‘daughter 2’ in the final formal paper, much to their dismay!

My starting point was to engage with my family members by asking them to reflect on different aspects of our family life and their levels of satisfaction.  I have always believed that when we do things with people, rather than to them, the results are better.  Through adopting a Fair Process approach, I opted to listen to their voices and carefully consider their answers when asked various questions about our experience as a family over the last few months.  Reading the 2003 Harvard Business Review article by Kim & Mauborgne helps provide compelling evidence for the efficacy of Fair Process.  The core idea promoted by Kim & Mauborgne is that “…individuals are most likely to trust and cooperate freely with systems—whether they themselves win or lose by those systems—when fair process is observed” (2003).  This was the foundation to my approach, not doing things ‘to’ or ‘for’ my family, but rather ‘with’ them.

Part two of this series will focus on the actions taken, how the methods of restorative practices were applied, the challenges faced, and how they were overcome. The second article will be published in the next edition of Tieonline.

A Most Unique and Special Soul, Connie Buford
By Bambi Betts Jan 2022

Toward a World of Better Writers
By Jeffrey Gibbs Dec 2021