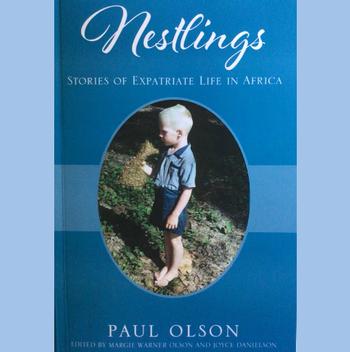 This story takes place in Mogadishu, Somalia in the mid-1980s.

Soap bubbles spilled over the seawall and swirled across the port road with the opaque intensity of a blizzard. Cheryl Brown thought she had seen it all, but now a thirty-foot container of detergent had tumbled off the ship that had run aground in the harbor. The container lolled against the rocks, battered by the surf, and belched up bubbles like a washing machine gone berserk. Great drifts of foam pressed against the seawall, where the monsoon wind skimmed bubbles off their crests to spin shiny taffeta globes up the narrow alleys of the old Arab quarter of Mogadishu. Somali boys chased after the bubbles with the same glee that children chased after first snowflakes in Indiana. Cheryl’s daughter, Mandy, let out a chirp of delight from the back seat.

For a moment, the mesmerizing flow and whirl touched the squalid seafront with a kind of magic that matched a tale Cheryl had heard of a Sufi holy man who had been shipwrecked on these shores hundreds of years back. Never wishing to step aboard another sickening dhow, he’d lived out his exile teaching in the mosque. On the day of his imminent death, believers caught sight of him as he was spontaneously buoyed up by his prayer mat and borne away over the rooftops of the city toward Mecca.

Cheryl’s husband, Andrew, eased the car gently off the tarmac and parked beside the seawall, to view this latest episode in the ship’s saga. He had loved the disaster from the start. Each day he would pick up Cheryl and Mandy from school and they would stop at the port on their way home. First, there was simply this huge container ship, stories tall, looming above the town, foundering at the mouth of the new port where a tug’s rope had proven too weak against the broadsiding wind. Containers on deck mounted up to the sky, “like Babel,” Andrew had first said. Atop them, Land Rovers and Mercedes teetered drunkenly. Fortunately for the town, its own goods had been off-loaded in the port before the wreck; anything falling off the boat could be seen as fair game.

Cheryl had watched with dread during the first week, when young Somalis began swimming out to grasp debris floating on the heavy, shark-haunted waves. The containers began to topple in ones and twos, to drift ashore and break open like giant Christmas presents filled with all manner of wealth from the far corners of the earth. Crowds clambered down the jagged, dark coral to fight and haggle over bright things, setting up a festive market on the spot. Andrew had joined a betting pool at the embassy over the fate of one silver Mercedes. He claimed it served as a pleasant diversion from the demands of his work, but he was still pretty upset when he lost by a margin of 18 hours. In the end, his Mercedes couldn’t float, so Cheryl reveled in the thought of lobsters and octopuses already well ensconced in its lavish interior down under the sea.

Which Hat Are You Wearing?
By Natasha Winnard Sep 2021