Saying is Believing: Why Names Matter 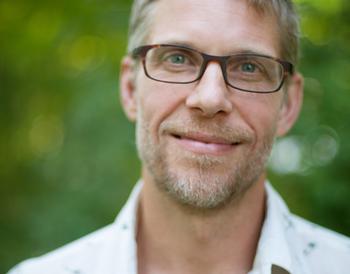 The confluence of two major movements in 2020 have provided a transformative opportunity to rethink pretty much everything. A global pandemic has restructured the most basic human interactions, and a rekindled social justice movement in the United States has reignited a dialogue about systemic racism. We are rethinking institutions, systems and labels as we reimagine a more equitable and just future. Paulo Freire observed that “reading the world always precedes reading the word” (1987) and teaching today requires a deliberate and disciplined inquiry into the terminology we use. Two things worth rethinking in international schools are how we refer to multilingual learners and how we serve them. Terminology matters, and how we refer to students and programs can impact both identity and learning.

Ironically, the field of language education has a history of linguicism. As recently as – today, in fact – multilingual students, who are more linguistically capable than most monolingual policy-makers, are considered “Limited English Proficient” (LEP) in U.S. federal law and many state, district and school policies. Fortunately, this is changing. Finding that children were indeed being left behind, many teachers, researchers and professional organizations have left the term LEP behind, in favor of “English language learners” (ELLs) or “English Learners” (ELs). While these appear to be more neutral terms, the term ELLs or ELs in comparison to “multilingual students” still fabricates an identity which implies deficit rather than an asset.

Students are defined by what they are becoming, or lacking, rather than who they already are: talented multilinguals. As part of its assets-based belief system, WIDA has adopted the term “multilingual learners” to describe all students who come in contact with and/or interact in languages in addition to English on a regular basis. Multilingual learners enrich international school communies by raising the collective linguistic intelligence and increasing potential for transnational collaboration. Recognizing and naming students’ assets matters.

The Canadian philosopher Ian Hacking’s dynamic nominalism describes an interdependence between the label and the reality: “making up people changes the space of possibilities for personhood” which implies that in order to use language intentionally, educators need understand how categories can fabricate people (1987, p. 165). Words, names, categories can help us to imagine possibilities, but can also limit our thinking: whether we see the proverbial glass as half full or half empty. Hacking observes that “if new modes of description come into being, new possibilities for action come into being in consequence” (1987, p 166). How we identify students can determine the significance they have for us and for others. It’s worth deconstructing and reconstructing common narratives in international schools, starting with the language we use, the identities we construct, and the stories we tell. Do we refer to People of Color or the Global Majority? Was it the Westward Expansion or the Native American Genocide? For example, Uplift Education, a network of free charter schools in Texas, refers to all its learners as “scholars” rather than students.

Terminology matters, and the positioning of language determines not just meaning but power. In shifting from “students with disabilities” to “neurodiversity” we recognize the Reggio philosophy that all children are different. And reading The Reason I Jump or listening to a Ted Talk from Temple Grandin helps us to see what some may consider a disability can be viewed as a superpower. Affirming that “multilingual learners” are both multilingual and learners is a significant shift in emphasis.

This notion of “making up people” implies not only categorization but also quantification and valuation. Historically, numbers have been used to represent monetary transactions or units of measure in commodities. In schools, being able to count students also defines who counts. Viewed this way, human currency and fabrication of identity seem to be fluid and arbitrary, like manufacturing bitcoin, if one does not inquire into the historical and sociocultural context in which certain terms were “coined” and for what purpose. The significance of labels also determines what counts.

Numbers also remake reality through an ostensible objectivity. Hansen and Porter (2012) consider how “numbers can reshape personal identities” because we imbue them with “order mobility, stability, combinability and precision” (p 442).  This can be seen in proficiency levels measuring the language development of students. While it is useful to understand a student’s language acquisition, referring to a student with “he’s a Level 2” inscribes a kind of fixed reality, and also invites ordering and comparison.  The educational convenience of quantifying and classifying individuals who are engaged in a complex process of language acquisition may limit learning pathways or overgeneralize interventions. Umansky (2016) investigated the impact of classification and reclassification of multilingual students and found this process to be both arbitrary and consequential. Labeling students resulted in a “bundle of treatments” – both intended and unintended.

Like a fish that can’t see the water in which it’s swimming, we may not recognize the paradoxical nature when we are swimming in commonly accepted terminology. University of Wisconsin scholar Tom Popkewitz observes: “the knowledge that we inherit makes the world sensible and connects us to others” (2009, p3). If those who share this intellectual inheritance are also members of a discourse community with whom we share common perspectives, then by being socialized into this inherited lexicon we are also perpetuating biases, privilege and historical exclusion of other “others” who are not members. Shared terminology provides “an unspoken basis from which to make decisions and navigate the complexities of things” (p.3), and when reality is assumed as normal this unspoken basis also becomes a shared, unspoken bias guiding perception and assumptions.

For example, the labelng of a certain category of students within a school as “needing support” can represent a double gesture of inclusion and abjection. An ostensible hope of inclusion is defined by the recognition of a category of “other” which needs to be designated, counted and in many cases, segregated.  A label can foreclose a portion of the future by making individuals of a certain kind and recognition of “others” who are different or receive specific interventions to make them “whole” or “normal” or “mainstream” students. Culturally loaded labels such as “native speaker” and “English for speakers of other languages” represent perspectives which unwittingly (or intentionally) perpetuate differences and make “others” of a certain kind.

And finally, how we name our programs matters. Most international schools have already shifted from “Special Education” to “Learning Support” because of the recognition that all students deserve support to learn. Likewise English as an Additional Language honors the home language and literacy that multilingual learners bring to the school community. And when collaborating with a colleague, how is “push in” viewed in contrast to “in-class support” or “co-teaching”? Interrogating terms – for students or programs – is a kind of decentering: “to make fragile the causality of the present and the possibilities of alternatives that are outside of the existing inscriptions of the past that govern the future” (Popkewitz 2014, p.14). In changing the terminology, we invite new possibilities.

When we are intentional about how we describe our learners and the programs that serve them, we recognize that all teachers share responsibility for all students. A recent report from the UK Bell Foundation observed: “Framing access to the language of the curriculum as a social justice issue alongside asset-based approaches to language and multilingualism also stood out as a particularly powerful approach being taken internationally to make change happen and to ensure that multilingual learners have access to an equitable education system” (Cleave, 2020). EAL and Learning Support specialists who collaborate in inclusive or heterogenous classes have created new spaces in which teachers interact and by deprivatizing the ownership of a particular classroom or group of students, teachers have both the hope and fear of negotiating new roles and power relations. The old chestnut asserts that “seeing is believing” but maybe, in fact, saying is believing. Changing our language can shift reflect a shift in dispositions; new terms allow us to talk our way into a new way of believing.

Jon Nordmeyer is International Program Director at WIDA, a research center at the University of Wisconsin-Madison.