The Power of an Apology in Creating Safe Spaces for Students 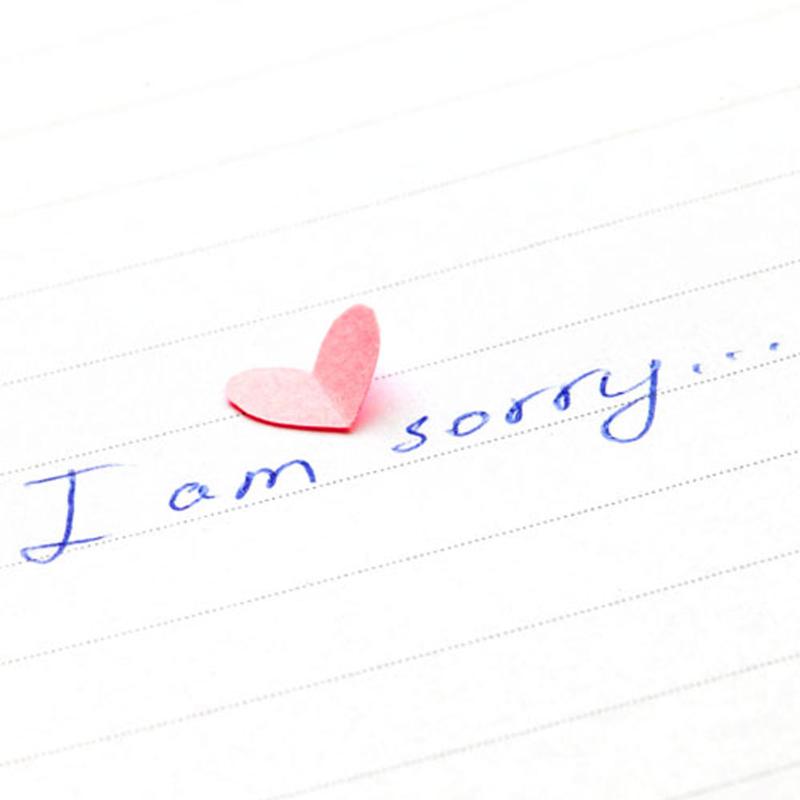 When we listen to students, we have to resist the urge to talk over them and to defend ourselves.  We have to be quiet and let them talk.  We have to encourage them to tell us when we are wrong and that takes courage. It is important that we show students that we know how to listen. Because when we listen to them and allow them to speak without judgement, we create spaces where they can be safe to be themselves, to make mistakes, and to make amends.

Recently, I recalled a time when I chose to listen to a student who came to my office to tell me that he was angry and disappointed that I didn’t speak up for him. He had an issue with a math teacher and when he spoke to me about it, I encouraged him to speak to the principal. The principal, however, chose not to get involved and sent him back to the teacher who didn't take his concerns seriously. The student was understandably upset. He told me in anger and disappointment that he felt that I, as the counselor, should have done more to advocate for him. It was an uncomfortable moment but instead of defending myself, I sat there and listened, allowing the student to tell me all his feelings. When he was finished speaking, I chose to apologize.  I apologized to him that he didn’t feel like I took his feelings seriously and I asked him why he didn’t tell me sooner.  He said he didn't think I would care but one of his friends had encouraged him to come speak with me and told him that I would listen.

Whenever I tell this story, some educators wonder why I chose to apologize even though I had not in fact done anything wrong. I chose to apologize because as a school counselor and an adult, I believe it is my responsibility to keep students safe both emotionally and physically. The hurt and anger I heard in that student’s voice showed me that I had not done that. It didn't matter that I didn’t intentionally set out to cause him harm, or that I had gone to the principal to discuss his concerns about the Math teacher. I resisted the urge to let the defense of my actions be the focus of that moment, because my intention was not what was important. What mattered to me in that moment was the way he felt and how he perceived my role in his pain. I apologized because I wanted him to know that I heard him. I wanted him to know that I was sorry that he didn't feel like I was listening. I wanted him to know that while I had the best intentions in trying to advocate for him, I was deeply sorry that it did not come across that way. My apology took the anger out of his voice and face. It was a real-life example of a Maya Angelou quote that I love.  "I've learned that people will forget what you said, people will forget what you did, but people will never forget how you made them feel."

Students need to know that we will listen to them, that we won’t talk over them, or steal the focus by defending ourselves when they bring concerns to us. They need to hear us as adults admit that we are wrong. They need to know that adults will apologize even when we did not intend harm, that their feelings and their perceptions are valid. Our willingness to apologize shows students that we see their pain. It also shows that we as adults don’t think we are above admitting when we have done something to cause harm. Once the pain is present, intention is no longer relevant in moving forward. It is so important that students can see that we are willing to make amends when this happens. It is one of the lessons I work hard to impart to students. We must make amends. Even when we hold others accountable for their behavior, we must also give them the chance to make amends. This is one of the reasons why I talk to my students about how to give a good apology. It’s such an important skill to have and a lesson all people should learn. According to Jahan Kalantar’s TED Talk, an authentic apology has three parts: why, because, and.  The why is where you provide an explanation of your actions. The because is where you acknowledge the harm done.  The and is what you will do differently in the future or the changed behavior. By using this framework, the person receiving the apology will know that you have given thought to their feelings.

I wholeheartedly believe in apologies in both my professional and personal life because it is an acknowledgement of the hurt the other person feels and a way to take responsibility for our part in that pain.  In other words, it makes the other person feel seen and heard. And we all deserve to feel seen and heard.  We all deserve for someone who has hurt us to acknowledge our pain with a good apology. And for students, it creates safe spaces to open healthy lines of communication to help them learn and grow.

Cheryl-Ann Weekes has been a school counselor for the past 25 years and has worked internationally since 2010. She has lived in 6 countries - Dominican Republic, Jamaica, Ethiopia, Thailand, Egypt, and the Ivory Coast. Cheryl-Ann is passionate about the need to normalize choosing therapy and discussing mental health. She uses positive self-talk and quotes to teach and build resilience in her students. She is committed to having consent and boundary conversations with her students and helping counselors and schools bring consent lessons to their schools. And most of all she believes in the power of a good apology and making amends.