From the Student Voice Section
By Lawrence Shepherd
16-Feb-21 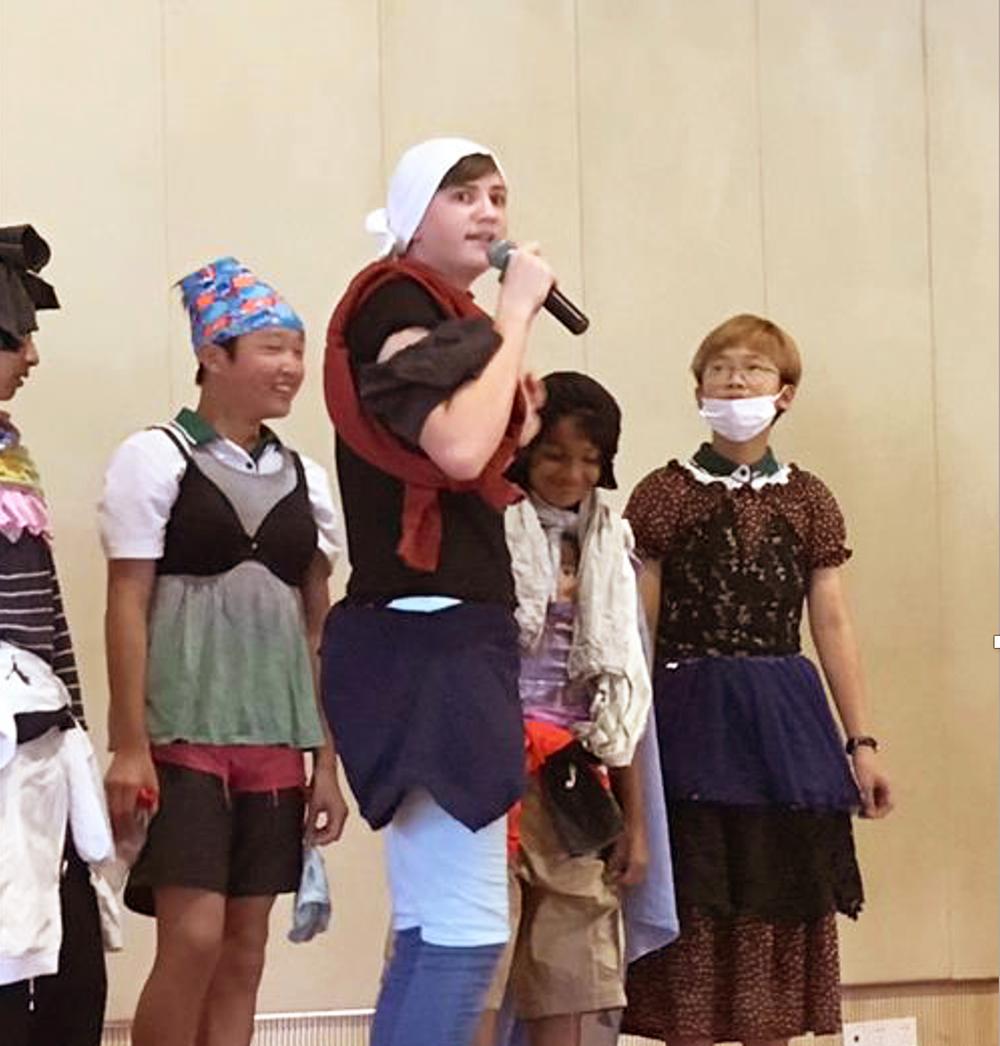 During a school service-learning meeting, all of Grade 11 was given the opportunity to nominate or volunteer to help organise a senior school Creativity Activity and Service (CAS) project. Naturally, when no one else stepped forward I put up my hand. As someone who is used to the behind-the-scenes of theatre productions and experiencing events both from the wings and center stage, I thought I had the perfect opportunity to create an event that would not only be fun for the whole secondary school but also myself. Initially when I volunteered, I did not comprehend what it would take to organise such an event. The biggest challenges weren’t necessarily logistics but rather getting people involved and working together in a community. The whole experience made me realise the potential of student agency.

The CAS week was conceived as a series of activities taking place every day at lunch time. Each day, we would try to solve a different United Nations Sustainable Development Goal. It gave the CAS week more of a purpose than just offering a “free” CAS experience for IBDP students. By tagging our series to the UNSDGs, we were able to create events that worked well in getting people involved in activities that support their ideologies or just general things they like to do. Coming up with the ideas based around the structure of the UNSDGs also made it very easy to connect with events and their structure.

Our first activity was based around the UNSDG 1: No Poverty. From that, I came up with some ideas for an event that would involve some sort of donation other than money. Growing up, I was always taught that money is not always the solution and that empathy and compassion can go a long way. From this I connected the dots to clothing donation. We decided to put on a mannequin design challenge, where students would bring in old clothes to dress up mannequins or friends in the craziest way possible.

We went through a similar process to offer five more events over the course of five days. We also developed some ideas about general causes that we could associate to our week. Because all this took place in October, we linked it to the Pinktober charity for women’s breast cancer. We also emphasized the UNSDG of gender equality.

We closely followed that same structure in designing our second CAS week, completed at the end of November. As soon as the October CAS week wrapped up, a friend and I began to design a separate event for our own CAS experience. My friend had initially come up with the idea of putting on a basketball tournament. This was very specifically chosen, as the community within the school was very basketball-oriented, which would help us greatly later in pulling off the event.

When we pitched the idea to our CAS coordinator, we initially thought we would organise it all on our own. But our coordinator asked us to connect our event to the CAS week. This couldn’t have been more perfect, as it gave us the opportunity to organise the event with backing not only from the teachers but also our peers and other students in the senior school level.

The basketball tournament eventually grew into a fleshed-out CAS week event that took place every day. It required a lot of planning and initiative from both my friend and me as events like this— entirely student run—hadn’t really been attempted before. Although this provided a fresh canvas, it meant getting other students, and to some extent teachers, involved in generating momentum for the event.

We had experienced some challenges getting students involved and motivated to participate in the first CAS week. For this second week, however, because we knew that basketball was a big motivation for students, we noticed an increase in involvement from the other students. We linked the tournament to the UNSDG of gender equality and decided to raise funds for the Movember charity, dedicated to men’s health. Many of the teachers also took part in the Movember challenge, bringing the whole event together.

Although my friend and I spearheaded the main events, it’s important to emphasize that with the first CAS week, other students also got very involved and motivated to organise their own side activities and fundraisers, all working to support the same cause. We managed to raise funds for the Pinktober Foundation in Hong Kong as well as for the Movember Charity, and we provided food for Homeless Charity in Guangzhou.

There is no doubt that the success of both event series was due to those long weeks of planning. But the moments of thinking on my feet and collaborating with teachers and students really helped in achieving our goals and raising school spirit.

Creating initiatives and getting people involved is hard work, but it can be done and developed to a point where events such as these are possible. It just takes people who are ready with motivation and initiative to kickstart things. Working for a good cause is a marathon, not a sprint!