12 Lessons in Leadership in a Year to Forget 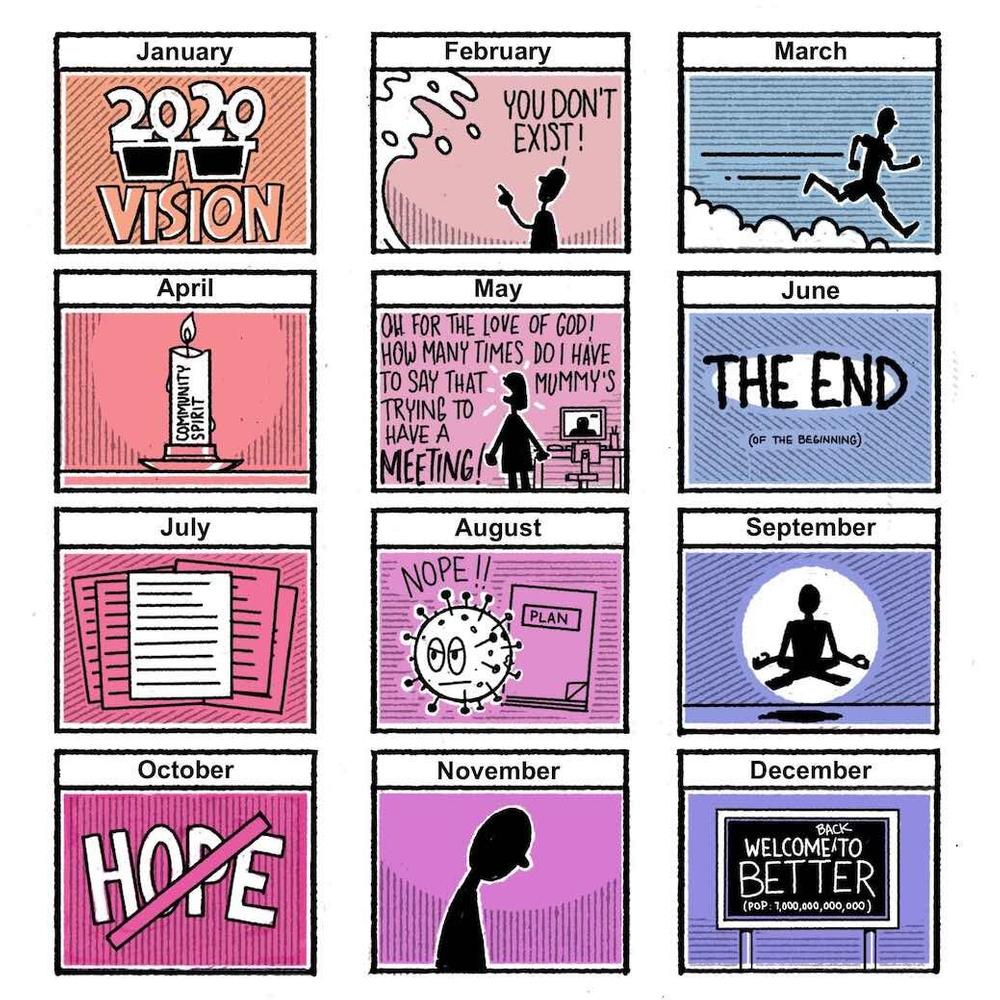 I’ll be honest, when I asked the Grade 4 students in my class back in 2001 to imagine the experience of school in 2020, none of them were even close.

There is no doubt that, for many of us, we will remember this year as one to forget. But before we file it away under Life’s Least Wanted, I’m going to have one last attempt at extracting some of the lessons in school leadership that I’ve learned along the way.

It’s not an exhaustive list. It’s not even an entirely serious list. But one or two of these lessons may just cause you to nod in agreement or give rise to a wry smile.

January
Our metaphors of the future are better than the reality.
2020 Vision promised for years to be the next big thing. But like its predecessor, 21st-century learning, it was a metaphor that flattered to deceive. The long-awaited year had finally arrived, but as we all returned to school in January after the holidays, there can be no doubt that most of our ambitious, futuristic projections were nowhere to be seen.

March
We say it's a marathon and not a sprint, but we sprint anyway.
As schools closed everywhere, our instinctive reaction was to encourage those around us to pace themselves for the long road ahead. The problem, though, is that the majority of us have never run a marathon. We’ve never trained for a marathon and we have no idea how hard it actually is. So, despite our words, March was probably more like a series of quick jogs, pulled muscles and triage at the side of the road.

April
Community spirit kicks in during a crisis, but there isn’t an endless supply.
The adrenaline has an immediate impact during a crisis. We all had so many ideas, initiatives, and genuine expressions of standing together. The problem with adrenaline, however, is that the “rush” is short-lived and is often followed by feelings of anxiety and a general sense of lethargy. By April, the signs were everywhere as the long-term impact of what we were experiencing began to emerge.

May
We are hardwired to forget the mute button.
Students transitioned to distance learning better than most of us expected. Some even thrived in this new environment, another reminder that our programs and pedagogies continue to exclude some kinds of learners. We ourselves learned that some meetings were far more productive over Zoom than in person. We made a note somewhere never to return to Death by Meeting. We also noted that some of us simply cannot get our heads around that mute button.

June
We sometimes think it is the end, when it is only the end of the beginning.
The end of the school year brought a flurry of virtual graduations, virtual goodbyes, and virtually no respite. We’d spent months thinking that this would be the end, only to discover that there were far more challenging times ahead. We knew that things were complicated, but we still had no idea how much more complicated they were going to become and how many different scenarios we may still have to face.

July
Words Matter.
Looking back on the first half of 2020, I would guess that many of us wrote more words in six months than in the entire previous year. If not, I am certain that most of us spent far more time choosing the words that were going to use to help people around us make sense of the world in which we now lived. All of us will agree, now more than ever, that words matter. They have the power to frame, inspire, understand, connect, and much more besides. Words don’t just describe our history, they make it.

August
Pandemics don’t read reopening plans.
By August, there was a new kid on the block of school publications: The Reopening Plan. Like a veritable book of spells discovered in the library of Hogwarts, we looked in awe at each colorful matrix, the cascading scenario plans, the principles and commitments. We begged, borrowed and stole ideas until ours was complete and proudly published it on our school websites. We were ready for a new school year to begin. And then, two weeks in, we realized that Covid-19 hadn’t got the memo.

September
Wellbeing is not a project.
The human impact of the pandemic was by now plain to see in the stresses and strains that none of us could deny. A marathon, even for the best of athletes, always has casualties. So we started to projectize wellbeing. We turned it into something that people did and we did to people. We turned it into an activity with goals, budgets, and resources. In our efforts to care for the people around us, we forgot about the people.

October
Exhaustion is not tiredness but the lack of hope.
There was a day, I don’t know exactly when, that we all just stopped playing the online games that had kept us going in the first wave. We were simply too exhausted. We began to read about how our surge capacity was now depleted. Back then, I guess, we gained strength at least from the promise of family gatherings and celebrations to round off an otherwise awful year. But now it was abundantly clear that the holidays were not going to be as any of us had hoped.

November
Everyone has lost something.
Every student, parent, teacher, leader lost something this year. There were big losses and small. There were silent losses that accumulated over time and huge losses that happened suddenly. People lost time, opportunities, memories, celebrations, their health, friends and loved ones. Every loss matters.

Dr. David Willows is Director of Advancement at the International School of Brussels, Belgium. Read his blog at fragments2.com.