Standards-Based Report Cards: If Not Now, When? 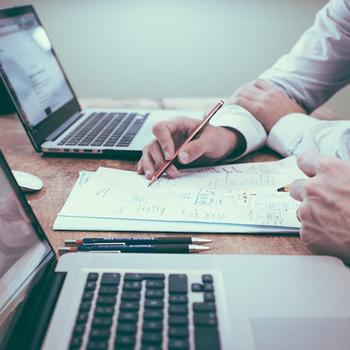 Photo by Scott Graham on Unsplash

As the pandemic became a global reality, we, like our colleagues around the world, underwent cataclysmic changes overnight to everything we knew about how to operate as a school. What we believed would be two weeks of “emergency response” teaching using a virtual platform became one month, then a whole Spring. As leaders, we were confident in our team’s ability to swiftly adapt with the right tools, but consistency was key to ensuring we could mitigate the massive disruption to our students’ and families’ lives. An essential factor of providing that consistency was our long-established practice of standards-based grading and report cards.

As the weeks wore on and the virtual instruction model tested our creative limits for engagement, relationship building and instructional delivery, the foundations of our assessment and reporting framework allowed us to maintain clarity in providing authentic feedback on learning despite the new environment. Standards-based grading and reporting had become more than a practice or process; it was a mindset that allowed us to continue reaching students at their unique learning levels.

Across continents, schools grappled with the prospect of removing grades entirely during this disjointed experience; others debated the merits of Pass or Fail marks; some moved staunchly forward with their traditional systems. The fact that the topic of grading was so controversial in this era of trauma and upheaval sent a clear message to those willing to hear: it is inherently not a system designed to inspire new learning, motivate future efforts, or least of all, to clearly understand what a student has or has not yet learned.

Rather, traditional points, averages and letter grades are a system that communicate little meaningful, actionable information about learning. At worst, they punish students for unfinished learning. If, because students were in widely varying situations outside the realm of the brick-and-mortar school, educators could not measure every child on the same scale, does it not call into question the relevance of the scale being used?

Educators the world over worried, justifiably, that the numbers or letters they assigned would be misinterpreted, that they inaccurately reflected learning, or, in certain scenarios, that they were meaningless. If a grading system did not include numeric averaging, rating, or ranking at the onset, would this even be a concern?

When you consider the purpose of a report card as providing feedback on student learning, these templates delivered acutely standards-aligned information and were very well-received by parents. Traditional grading systems, as we’ve been so painfully reminded in recent months, fail to isolate specific information for learners or parents. In fact, they threaten students with failure by their very nature—the consequences of incomplete learning can cause devastating impact to a child’s future, regardless of the external influences that may have limited their progress.

The very nature of our standards-based report cards, however, allowed our teachers to specify the standards they were able to accurately report on because they could precisely identify which had been both taught and, more importantly, assessed. The reports were, as a result, authentic reflections of the learning that had occurred for each standard, not an arbitrary average of various measures.

Given the groundwork that had been laid over more than five years of practice, our community was accustomed to the feedback provided using our school’s proficiency measures. Using the descriptors below, teachers were able to continue having productive conversations with students around their learning progress amidst the new instructional environment.

As we had observed before, it supported optimistic, growth-oriented mindsets in students who were experiencing upheaval and uncertainty. Given our beliefs around measuring learning, students are able to resubmit work and also reassess. Often seen as a practice that interferes with “fairness” or diminishes student motivation, doubtful teachers saw this suddenly become essential for ensuring equity. It has always been equitable to provide learners multiple opportunities to demonstrate understanding; yet never before have educators become more abruptly aware of the compelling need for this practice.

What we know from our experience prior to, and during, the pandemic:

Our standards-based grading and reporting practices were ingrained in our school well before the arrival of covid-19. Before the pandemic, and as a result of an acutely standards-focused curriculum framework of which our report cards are a key component, we accomplished significant and sustained increases in measures of student learning.

Further, our existing standards-based grading practices proved to be a critical element of consistency and stability in not only guiding our focus around student learning but, more importantly, providing accurate, meaningful, and proactive feedback to our learners and their parents during these turbulent, complex times.

Dr. Colin Brown is Director of the American School in Taichung and has spent 25 years in education as an administrator and teacher. Lindsay Prendergast is a consultant for NWEA and Framework Specialist for The Danielson Group. She has also served as a Principal and teacher. Dr. Brown and Ms. Prendergast were Director and Principal, respectively, of an international school in the Dominican Republic. They regularly share their work on Standards Based Grading and Report Cards at educational conferences and also consult directly with schools interested in implementing SBG.