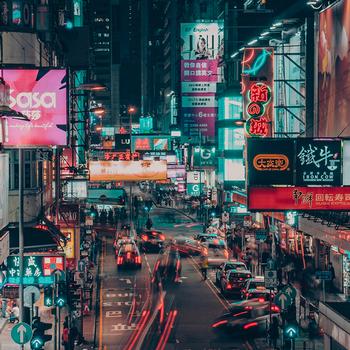 When we think of international education, many of us envision the delights of exploring new counties and cultures and becoming part of a dynamic team that helps children around the world meet the rigors of international education and the expectations of the 21st century. We seek out schools that are in far-flung locations and have state-of-the-art facilities that assist us in our pursuit of excellence, yet we seldom take into account the difficulties that students face while attending these institutions. Over the past years, we have witnessed the transformative introduction of “Bilingual Education” and its effects. Textbooks have been rewritten, programs have been established, and new educational terminology has been introduced. All of us have been on a learning curve to catch up with the changes that are taking place within our educational systems. We have been revitalizing our ELL programs, looking closer at our ESL programs, and trying to understand if it is really an ELL or ESL or even an EIP program that we are trying to implement. The topic of learning English is a hot one, rife with conflicting points of view. With the emergence of a robust Asian market in global economics, the role of “English language” skills has been placed at the forefront of competitive and effective business strategies. What English should be taught? What English should be recognized? These are just a few of the questions that many Asian families and schools have been struggling with over the past few years. In many Southeast Asian cities such as Singapore and Hong Kong, it is common to find people conversing in different varieties of English. Researchers of “World Englishes” (Kachhru 1985, 1992, 1997) have differentiated these “Englishes” based on their geographical locations. Those considered “core” are from Anglo countries such as the United States, the United Kingdom, Australia, and Canada. Those spoken as a second language in places like India, for example, are designated as “outer circle.” Then there’s the “expanding circle,” where English is spoken as a foreign language. With this categorization it has been determined that many English language learners in Southeast Asian societies find themselves trying to learn “core” English. Feeling this push, many schools have implemented immersion programs to meet the demand; with this approach come difficulties and unrealistic expectations about reaching “core” benchmarks within an academic year. The need to increase English language proficiency within East Asian educational institutions has brought to light a fundamental issue with the systems, textbooks, and approaches behind many of the second language programs. The plethora of materials available all share certain commonalities: alphabet, phonemics, and, to some extent, structure. When we take a closer look at Southeast Asian languages, however, all of these programs and approaches no longer work so seamlessly. Vietnamese, Chinese, and Korean languages are tonal in their expression, not to mention symbolic in their representation. When working with Asian students who are struggling with language acquisition, it is not as simple as teaching them the “basics.” What we need to be emphasizing is a complete restructuring of their concept of language. English contains sounds that they have never used or heard before; it requires lip and tongue placements that are completely foreign gestures. The entire concept of language learning takes on a whole new aspect when we consider not only the differences within these languages but the very ways in which students have been taught how to learn languages. With all the information that I’ve managed to gather and all the data that I could sift through, I have embarked on a new challenge. I believe that there may be a better way, a different approach to the way we teach English. Bilingual education is going to gather momentum and will soon be a guiding force in the structure of international schools. It will determine what courses will be taught and will soon directly affect graduation requirements. It is in light of these predictions that I have taken on the challenge of creating a bilingual program that not only meets the expectations of a rigorous education but that maintains the same high standards for a certified graduation diploma. I believe that the acquisition of knowledge and the demonstration of deep understanding are not limited to a student’s ability to communicate in English. There are many more qualified than myself when it comes to Linguistics, however I propose that the approaches we have implemented may not represent the most effective methods for teaching and learning English in Southeast Asia. Gregory R. van Goidtsnoven is Bilingual Principal at Raffles American School, Malaysia.