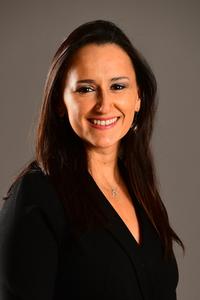 Lucila is originally from Bogota, Colombia. She spent her early years in Colombia and moved to the United States at age 17. She speaks Spanish, English, and she is always interested in learning more languages. She moved to Beijing with her husband Ilich, who is also a teacher at BCIS. Outside of work, she enjoys dancing, traveling, exercising and kite surfing.

Lucila graduated with honors from Texas Wesleyan University in 2008 with a Major in Bilingual Education in Early Childhood through Grade 4 and a Minor in Spanish. She then obtained a Master’s Degree in Curriculum and Instruction Design with emphasis on Mathematics from the University of Texas at Arlington. She has been in the teaching field for 16 years and has had the opportunity to work in public, private, and international schools around the world since 2008.

Lucila joined BCIS in 2014 and has been part of the Early Childhood Center since it was open. She has enjoyed seeing the fantastic journey and development our ECC has gone through the past few years and looks forward to continuing to provide a safe, playful, and loving environment for children at BCIS.