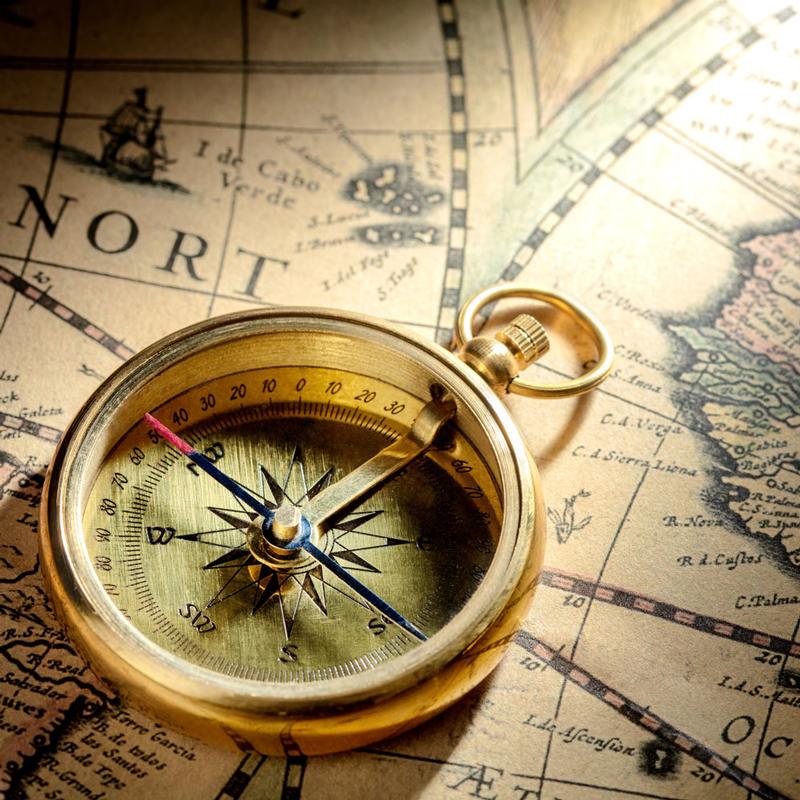 Imagine two types of people. The first almost always says yes to your ideas, is constantly looking to expand progress to the next level, is somehow never satisfied with the status quo, has a constant flow of new ideas coming from them, puts a learning frame on every situation, and sees failure as learning. There is an unmistakably vibrant and contagious energy emanating from this person and when you leave an encounter with them you feel a buzz. The second never takes risks, wants to slow down all the time, says no to most new ideas, has few or no real ideas of their own, often evokes how things might go wrong, and fears failure. The energy from this person is low, if not empty, and when you walk away from them, you feel as if you have been put in front of several barriers.

The first one has within them an essential quality of a good leader, the second does not. This is for a simple reason: leadership and innovation are essentially one.

The relationship between meaningful leadership and innovation is seamless, to the extent that innovation cannot flourish without some form of leadership and leadership implies by its very nature, a form of innovation. A leader represents people, supports them, and facilitates their collective work together. But a great leader does much more than this. They lead their team somewhere new. If this is not the case, then the leader is not really leading, they are creating a holding space, waiting, “not shaking the tree,” standing still.

Here’s a thought experiment: think of a great leader and ask yourself what they achieved in their leadership. It must have been some sort of change. The word “leader,” like “director,” implies movement towards something, it, therefore, implies change.

Change management should not be seen as one potential manifestation of leadership, but more of an indispensable process that is right at its core. This does not mean change for the sake of change, that comical but potentially nightmarish scenario whereby a new leader feels compelled to change something, anything, and in doing so, actually makes it much worse, only for a successor to come along and undo everything. There is a deeper and more enduring notion of change: a continuous goal for any organization must be some form of improvement. Sometimes, when the environment is fast changing and disorientating, good leadership means giving people an anchor. If standards are dropping, then innovation means sailing against the current to get back to the right trend. Paradoxically, therefore, sometimes innovation is needed to steady a situation.

Popular contemporary discourses like to concentrate on examples of innovation with leaders of successful tech companies, as if Bill Gates, Steve Jobs, Jeff Bezos, and Elon Musk have a monopoly on innovation. But we should not forget the innovation that marks the legacy of artists who invent new forms of expression, sportspeople who add some new dimension to the sport, and political leaders who seek new avenues and previously unexplored ideas. Innovation is not the hallmark of creative leaders in some designated fields, it is the hallmark of all great leaders, no matter the field.

Creativity is embedded in the concept of innovation and leadership. Creative thinking, as shown in the work done by psychologists such as Torrance (1974) and Newton & Newton (2018), often involves taking different perspectives, imagining new scenarios, and reconfiguring elements in different ways.

To give an example, when General Motors CEO, Mary Barra, was faced with a company scandal concerning faulty ignition systems, rather than take the intuitive position, which would have been some form of defense, she commissioned an investigation into her own company that led to dramatic innovation in the company’s approach, not only to ignitions but also to electric car manufacturing. A crisis led her to not only solve the problem but to think more deeply about the mission of the company and new directions to take to be more sustainable.

For creativity to be powerful, it should be productive, meaning that it has some real and concrete effect on systems, processes, or ideas.

What is the mindset of the innovative leader:

The innovative leader must look further, into the unknown, and be ready to reconfigure elements. A well-known question on creativity tests involves brainstorming all the possible functions of a common object such as a hairpin or a flowerpot. The more creative minds will not just imagine the flowerpot in its normal state but are prepared to turn it upside down, to break it, to imagine something much bigger or smaller alongside it than one usually would. The British Empiricist, David Hume, spoke of different ways that humans change impressions into ideas, and these give us clues as to how we might rethink elements of any given situation. They can be augmented, diminished, transposed, or synthesized. For example, flipping the classroom (where lectures are filmed and classroom time is spent discussing) is merely a transposition of lecture time to homework; maker labs are merely an augmentation of projects to a larger space with greater access to technology while diminishing timetable constraints.

In the realm of leadership, much of the work is about looking forward into the potential of the future. An innovator has to re-imagine future contexts and ideate future scenarios that do not yet exist. This is not easily intuitive for human beings, as we tend to base future predictions on past experiences, despite this often being an unreliable forecast. More difficult, but necessary, is the ability to think creatively outside of experience about what might be. To quote George Bernard Shaw, “Some men see things as they are and say why, I dream things that never were and say, why not.”

If necessity is the mother of invention, then often innovation is wrought from difficult situations where people have to take risks and project themselves into a new set of circumstances because the present ones are no longer viable. The Covid lockdown is a good example: schools had to throw themselves into hybrid, blended, or remote learning, some with more preparation and experience than others. It was a test of innovation and creativity. The pandemic warns of future disruptions that will call on us to be nimble in our response, agile in mindset, and ambidextrous in addressing core challenges in education, but at the same time, exploring new frontiers and breaking new ground.

On the contrary, when leaders are in positions of comfort, where things are working well, the budget is healthy and there is no threat or imperative to change, they can easily lapse into mediocrity by not bothering to search any further. They may bank on the “if it ain’t broke, don’t fix it” mentality. One would think that the most innovative leaders would be at the helm of the most powerful and prestigious institutions, but this is not necessarily the case. These institutions often create cultural inertia, arrogance, and decadence. To give a historical example, the 1816 Clarendon Commission was set up in England to investigate the nine leading schools in England because they had fallen into unethical practices and mismanagement.

Such environments, engendering complacency and cultural inertia, are the least easy to galvanize into a mindset of innovation, and this is where leaders have to show even greater communication and people skills.

Innovative leaders will be keen to support creative ideas in their teams, to explore new ideas. Less creative leaders will tend to say no, be afraid of change, and freeze innovation under the illusion that quality and improvement can be achieved from a standstill position. This is an illusion and, in reality, leads to little more than stasis. A book that sings the praises of the innovator’s mindset, to the extent that it claims leaders should almost always say yes to new projects, is George Couros’ energetic The Innovator's Mindset.

One critical point to consider, and it is really here that the innovator’s mindset is made or broken, is that the relevance of innovation becomes apparent in the way it is carried out and the extent to which the changes ideated are made and sustained. It is relatively easy to dream up new ideas, but much more difficult to operationalize them and live with the consequences. Bad leadership occurs when the leader has a free flow of creative ideas but then asks someone else to execute their ideas without understanding what this entails logistically. So, the innovative leadership mindset has to run from the creative blue space of ideation all the way down to the strategic plan that will operationalize it and what that entails.

For thousands of years, the primary goal of education has been the transmission of knowledge. Therefore, there has been little innovation in the field. This has led to a style of educational structure and leadership that has not been innovative, at least not nearly as innovative as other areas of human activity such as the arts and technology. Forward-looking schools and universities today realize that there is a mismatch between much of the structure of institutionalized learning and the way that society and the environment are changing, and more significantly, the pace of that change. Therefore, it is critical that leaders in education embrace an innovator’s mindset, not for the sake of change, but in order to contribute to the global movement. This ensures that the school and university experience scholars are receiving across the globe is aligned with the challenges of the 21st Century. Key areas for innovation include:

A guiding question for leaders:

You might have heard it said that the question a teacher should be asking is not “what am I teaching?” but “what are my students learning?”. Similarly, in the light of the intrinsic relationship between leadership and innovation, I would suggest that the big question all leaders, and particularly leaders in education, should be asking is “what are the performance gaps and opportunity gaps in my organization and how am I using an innovator's mindset to bridge those gaps?”

Finally, let us not forget that to lead, to innovate, to change in a meaningful and sustained way must be framed by an ethical position that never instrumentalizes people in the process and retains our humanity as we get to where we need to go. The road to hell is paved with good intentions, so caution should be taken as that path is paved.

Read the first of Conrad's series, an interview excerpt about his Leadership Journey.

Conrad Hughes (MA, PhD, EdD) is the campus and secondary principal at the International School of Geneva, La Grande Boissière. He has been a school principal, director of education, International Baccalaureate diploma program coordinator, and teacher in schools in Switzerland, France, India, and the Netherlands. Conrad is a Senior Fellow at UNESCO's International Bureau of Education, a member of the advisory board for the University of the People, and a research assistant at the University of Geneva's department of psychology and education. He teaches philosophy.