A Day in the Digital Life of Teenagers

By Sonia Livingstone
13-May-16 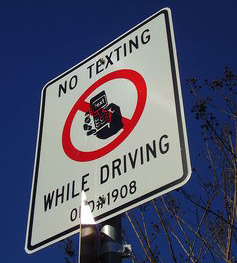 With each generation the public consciousness conjures up a new fear for our youth: where once it was rock ‘n’ roll, today the concern is that teenagers’ lives are dominated by digital media. The worry is that the digital deluge may affect their capacity to learn, to converse, to spell, and more besides. Have they no time for the leisurely face-to-face conversations of old, for spending time with family, or even for a good night’s sleep uninterrupted by the glowing screen of a smartphone? I spent a year with a class of 13-year-olds to find out.

This year of fieldwork meant spending time with them at school, at home, with friends and online. Rather than concern for their welfare, I found myself encouraged at how well they managed the huge influx of digital devices and content that now fill their lives. Writing up my research findings and thoughts in The Class: Living and Learning in the Digital Age, I found what teenagers wish for most is control over how they spend their time and with whom – not just to use digital media for its own sake.

To illustrate, here are three moments in a day in the life of today’s digitally equipped teenagers.

Arriving at school in the morning was stressful as the teenagers made the transition from sleepiness and comfort at home to being on full alert and constrained by the stringent rules of school. One teenager, Fesse, was usually late – partly because he played Xbox till late into the night and partly because he relied on his older sister to chivvy him out of the house each morning. Another, Salma, arrived neat and calm, having texted her friends early to synchronise walking to school together, chatting all the way.

For much of the day the class faced the smart whiteboard at the front, through which teachers integrated YouTube clips and other electronic resources into their lessons. It’s clear that teachers are still working out how to do this and what the value might be. We witnessed a fair number of struggles to make the technology work, or sometimes to engage pupils with digital media in the classroom. For instance, the teaching of music technology at school didn’t really build on Fesse or Giselle’s enthusiastic experimentation with music in their leisure time.

More successful was the routine use of SIMS, the school’s information management system, in which students’ attendance or absence, good or bad behaviour, grades and progress were recorded by teachers throughout the day.

The walk home from school turned out to be a significant moment for the teenagers – a relaxed time in between one thing and another, away from adult scrutiny. It was often the last chance to talk to friends face-to-face before returning home – where the teenagers would reconnect online. They liked to stretch this journey out, unwinding from the demanding rhythm of the school day. While their phones were in hand frequently checking for messages and sharing updates and jokes, the point was to spend time together, face to face.

Homework was often accompanied by Facebook, partly as a distraction and partly for summoning help from friends. Some became quickly absorbed in computer games. Nick played with the schoolmates he had spent all day with, Adam with people from the online multi-player game in which he could adopt an identity he felt was truly himself. Giselle, meanwhile, played with friends and family in the incredibly popular world of Minecraft.

Abby’s lively family enveloped her in a world of talk against a constand backdrop of music playing. Megan worked on creating her private online space in Tumblr – hours passing by unnoticed. Max, Jenna and Alice would gather at Alice’s house to chat, mess around and talk about Harry Potter. Shane would cycle out on his bike whenever he could.

Each found themselves drawn, to varying degrees, into their parents’ efforts to gather as a family, at supper, through shared hobbies, looking after pets, or simply chatting in front of the television – albeit each with phones or tablets at the ready – before peeling off in separate directions.

Switching on and off – as they choose

This insight into the lives of 28 teenagers reveals how diverse their lives and approaches are. While most possess phones and use Facebook, they use them differently to pursue different interests, sometimes deployed to connect with others and sometimes to tune them out. There are many reasons for this, but the more we know about teenagers’ lives the clearer it becomes that young people are no more interested in being constantly plugged in than are the adults around them. What they want is to have the choice of when and where to disconnect from the often rulebound and conflicted world of grown-ups they find themselves in.

Digital devices and the uses they put them to have become teenagers’ way of asserting their agency – a shield from bossy parents or annoying younger siblings or seemingly critical teachers, a means to connect with sympathetic friends or catching up with ongoing peer “drama”. In fact the overriding importance of agency to teenagers is shown in the way they avoid the growing digital embrace of their schools – teachers' use of digital media in class or email or the internet to contact them at home is met with whispers and even slower walks home, so as to extract the maximum time spent with friends and unobserved by adults.

As adults and parents, we might spend less time worrying about what they get up to as teenagers and more time with them, discussing the challenges that lie ahead for them as adults in an increasingly connected world.