At What Age Is It Easiest to Learn a Second Language? 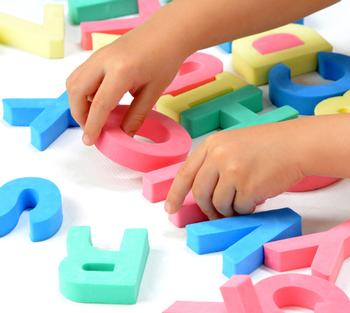 If you want to learn a foreign language, should you begin before a certain age in order to fully master it? Popular opinion holds that young children find it easier than adults because childhood is a “critical period” for language learning.

It has been difficult to prove this, but new research published by my colleagues and me, using brainscans and innovative statistical methods, does indeed suggest that our capacity to learn a language diminishes gradually over our lives.

The familiar mantra that children immersed in a language “soak it up like a sponge”, while adults apparently do not, is not in itself proof of the existence of a critical period for language learning. But it is both easier and more important for children to quickly become good in a second language they hear spoken around them.

There are many reasons for this. Children can spend more time and effort on learning than adults who have many competing demands; the motivation for children to fit in is much higher, and the habits of pronunciation and grammar of their first language are less deeply ingrained and thus easier to overcome. And, of course, all learning gets harder with age.

None of these factors have anything to do with a specific critical period for learning languages, but all of them do make younger learners of a new language eventually outperform older ones.

In addition to this overall and gradual advantage for younger learners, there is one notable qualitative difference: even very good older language learners differ from younger ones when it comes to using grammar correctly and consistently. Every time I mark a run of scripts from my adult students, most of whom are from non-English-speaking backgrounds, I find that while they are amazingly good at using a wide range of vocabulary, appropriate style and complex grammar, they often struggle with some simple grammatical rules.

There seem to be some “pockets” of grammar that even advanced older learners persistently fail to use correctly, while children master them early on and with ease. This observation is at the heart of the idea of a “critical period”, a limited time window, usually assumed to last until puberty, during which the human brain is specifically sensitive to linguistic input, including grammar. After this window has closed, it is assumed that grammatical rules have to be taught explicitly and become difficult to internalise.

Traditional statistical methods are good at capturing a slow decrease in proficiency among older language learners. But it has been difficult to scan the entire age range and detect a sudden drop that would be indicative of a critical period.

In our recent study, we used a comparatively new method of analysis, called “generalized additive modelling”. This is effective at accurately assessing the result of language learning across the entire age range, while taking into account other factors, such as the amount of time the learner spends using the language.

We analysed the brain activity, measured by means of the EEG signal, of 29 native speakers and 66 second-language learners of German when they heard correct German sentences and sentences which contained a grammatical error of agreement. In article-noun combinations (such as “the garden” or “the house”) German requires the article to match the gender of the noun, so that the masculine noun Garten “garden” takes the masculine article der, while the neuter noun Haus “house” requires the neuter article das.

Native German speakers, on hearing mismatches such as das Garten or der Haus show a strong brain response to this error, typical of detecting a grammatical mistake. The 66 second-language learners often either had no response at all or appeared to treat it like an error of word choice, not of grammar. This was particularly the case for those who had learnt the language later in life. But the change was gradual across the entire age range – there was no “bump” – suggesting there is no particular “critical period” and that it’s just a question of not leaving it too late before you start learning.

How important is puberty?

Our study had some limiting factors, which highlight the need for more research. First, all of the learners we tested spoke either Polish or Russian as their first language, and both of these languages, like German, have grammatical gender. Learning the rules for their first language might have enabled them to get them right for the second one.

Second, the youngest learners we included were aged seven when they came to Germany. While the traditional view on the critical period is that it closes around puberty, some recent studies suggest that it may be as young as five. It is therefore possible that our study failed to detect the critical period because even the youngest participants were already past it when they began learning German.

More evidence, as well as informed use of novel statistical methods, is therefore needed to answer the question once and for all about whether there is a critical period for language learning.